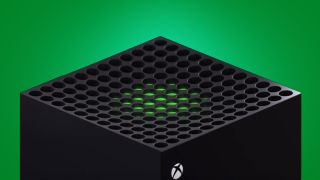 The next generation of consoles inches ever closer, but we still don't have a definitive answer on what the Xbox Series X price will be. Is it going to break the bank? Or will it be more in line with what we saw from the Xbox One and PS4 at launch?

If we take the comments made by Xbox head Phil Spencer in an interview with The Verge at face value, it could well be cheaper than we thought. Indeed, he mentions that "a learning from the Xbox One generation is we will not be out of position on power or price". In other words, it could be competitive with the PS5 price or, if we're lucky, less expensive.

But what does that mean in terms of actual numbers? Well, we know for sure that the Xbox Series X price won't be as low as the best Xbox One prices - that goes without saying. However, we can't imagine the Xbox Series X will be a huge deal more than $450 - $500 / £400 - £450 judging by Spencer's comments above. Although the technology packed inside implies the cost could go as high as $599 / £500, we're hoping that won't happen. Xbox has clearly learned its lesson after the Xbox One's rocky launch, after all.

Even if it was a little pricier, at least the Xbox Series X will be good value for money. We don't know much about what's powering it yet, but we can say that it's offering a fancy AMD ZEN 2 processing unit and a new Navi graphics card that allows for ray tracing (a gorgeous lighting system usually reserved for the very best gaming PCs). Basically, it's packing the big guns. The inclusion of an SSD is also pretty mega; it'll speed up loading by an exceptional amount.

What about Xbox Series X bundles and deals?

Halo Infinite is expected to launch alongside the Xbox Series X in the fall of this year, so we're pretty sure you can rely on Master Chief's latest mission to arrive with the new console. Senua’s Saga: Hellblade 2 might squeeze in at some point during 2020 as well. Otherwise, it's still a little early to know what titles we'll be playing at launch. Take a look at our roundup of upcoming Xbox Series X games for a glimpse of what else could be on the way.

Don't expect reduced software in Xbox Series X bundles at first, though - we don't usually see big discounts in the early days of a new console. Instead, we'd hope to at least see retailers offer bigger price cuts on bundled extras like Xbox Live Gold deals or maybe a few free months of gaming via an Xbox Game Pass deal.

That's not to say it won't happen eventually, of course. Microsoft did eventually get around to regularly releasing different bespoke Xbox One deals and Xbox One X bundles with games included in-box - albeit as digital downloads instead of discs. We'll hopefully know more about any potential Xbox Series X bundles by the time we've been to E3 2020 in June.

Get the best Xbox Series X deals before anyone else!

We'll send you pre-order details and the best Xbox Series X deals and bundles as soon as they're available.

Much like the 4K-ready Xbox One X before it, the next Xbox's specs are impressive - and that can only hike up the price, for better or worse. To begin with, it's packing an AMD ZEN 2 computer processing unit and a Navi chipset that's apparently 10% better than the already powerful GeForce RTX 2070 graphics card. This will allow the new Xbox to pull off real-time ray tracing, a more realistic lighting system that's usually the preserve of high-end PCs. What's more, the Series X features blisteringly fast DDR6 RAM that Microsoft said will "usher in resolution and framerates we've never seen before" during their E3 press conference. That'll result in a machine that natively supports up to 8K resolution and 120 frames-per-second. Finally, Xbox Series X's SSD will make loading much, much faster. In fact, it should boost core performance until it's 40 times more than the current generation of consoles. So, what does all that mean for its cost?

We'll ignore (for a second) that Microsoft is effectively promising to launch its new console with an SSD that outperforms current solid-state drives for PC, as that's impossible to anticipate. Instead, we'll be making an informed/speculatory guess that the hard drive inside of Xbox Series X will be based on a high-speed NVMe drive. If we were to look at something like the Samsung SSD 970 Pro as a reference point, the 1TB version comes in at £299/$350 alone. Now, given that Series X needs to be future-proofed for installing and reading 4K and possibly 8K assets – not to mention equipped to deal with an increasing push towards a digital-first ecosystem, thanks to services like Game Pass – and that 1TB hard drive (standard on an Xbox One X) doesn't look like enough space to appropriately deal with the challenges of the next generation. Not by a long shot.

Factor in a 2-4TB high-speed SSD to mitigate the strain of ever-increasing install sizes and we are immediately looking at a premium rig, and that's before we factor in any other integral components or the particular shade of metallic-black Microsoft decides to spray the box in. Of course, Microsoft will be working to cut costs where it can, looking to make its manufacturing process as cost and resource efficient as possible. Still, even as SSD prices slowly begin to tumble on the road to 2020, the fact remains that PCI-E-based NVMe drive – which Series X's 'next-generation' SSD will no doubt be modelled after – aren't so quick to fall, still coming with a 20-50 percent premium over their slower, SATA based brethren.

We try to break down just how important will ray tracing be for Sony's PS5 and Xbox Series X in the next generation.

Where to turn our attention next? Well, we know that Xbox Series X comes equipped with an SoC, a custom system-on-chip platform that integrates the CPU and GPU together. The GPU has yet to be properly detailed but, as mentioned above, it is essentially a purpose-built AMD Navi chip – this is in an effort to support new initiatives like hardware-accelerated real-time ray tracing. While AMD is yet to reveal its latest Navi chips and Ryzen 3000 CPU range, we are probably looking at something like an RTX 2080 or a Radeon VII as a standard bearer for comparison. Factor in native 4K resolutions at 60 frames-per second (not to mention potentially future proofed for 8K resolutions, and 120Hz refresh rates) and you're looking at a GPU that would cost no less than $800 for a PC build equivalent. Then you've got the AMD Ryzen Zen 2 CPU core built with Radeon RDNA architecture and… look, it gets real expensive, real quickly.

Does all of this mean that the Xbox Series X price is going to cost upwards of $1000? Of course not. While these individual components may be unfathomably expensive when looked at in isolation, the truth is that Microsoft is still trying to finalise the details – hence the lack of concrete info or the inevitable touting of teraflops and other meaningless power-measurement figures. Truth is, as Microsoft attempts to work out how many of these integrated CPU/GPU chips it can manufacture, there's a good chance that elements of the chip's design may be disabled as the kinks in the chain are worked out, helping to bring that initial cost down. The same was true of the Xbox One, which also featured a SoC design, that saw some of its processor cores initially disabled to mitigate the early problems in the manufacturing process.

Ultimately, the more aggressive Microsoft wants to make this process, the more complex it wants to make the internals of the system at launch, the more expensive the console will be initially – growing cheaper over time as the manufacturing process improves and Microsoft, in collaboration with partners such as AMD, work out how to streamline the entire process. The Xbox Series X price will be high, of that there is no doubt, but it isn't going to push the $1000 barrier.

How does the Xbox Series X price compare with Xbox One and Xbox One X?

Looking at Microsoft's track record with pricing, there's a pretty good chance that Xbox Series X price will come in at just over $499. That was the launch price for both the Xbox One in 2013 and its more powerful predecessor the Xbox One X in 2016. While the Xbox launched at $299 in 2001 and the Xbox 360 hit shelves at $399, adjusted for inflation those numbers can scale up to $399 and $499, respectively. $500 is the Xbox sweet spot.

Given the kind of custom, bleeding-edge technology and components being packed inside Xbox Series X, believing that the system will come in at less that $499 would seem like a foolish endeavour. Microsoft is yet to properly detail its launch plans, but Jason Ronald, Microsoft's Partner Director of Program Management, told our sister site Windows Central that: "We understand what reasonable price points are for a console and kind of what customers expect about that. At the same time to you, we are innovating we are pushing the boundaries of some of this… We're not sharing any details on price, or, you know, more detailed specs at this point. But I will say that we're very confident in what we're building, something that will set a new bar for expectations of console gaming." Read into that what you will.

Right now, a $499–$599 price point would seem likely and the same goes for its closest rival, as we laid out in our overview of PS5 vs Xbox Series X. The leap to this new generation isn't going to be cheap, but that's the price of true evolution. The sting of the Xbox Series X price could well be softened by virtue of Microsoft putting so much stock into supporting Series X backwards compatibility.

Think about it, you pay $499 for a console but that only escalates when you factor in a couple of launch games purpose-built to sell the system – engineered to showcase all of the new flourishes and features that the new console brings – along with new controllers, subscriptions, and whatever other extras the publishers are pushing. With Xbox Series X, all of your existing Xbox One peripherals and services are forwards compatible; achievements, progression, controllers, service subscriptions, and accessories move forward to Series X, while the console will also let you play existing games via (we assume) both the optical disk drive, digital download, or through Game Pass. You could be able to save a couple of hundred dollars right off the bat.

This console cycle isn't going to be about the pursuit of power alone – of chasing better resolutions when 4K adoption is still minimal, of trying to obtain frame rates of 120hz when developers still struggle to hit a stable 60fps at 1080p. Instead, it's about improving the baseline experience of console usability and game stability, hence the inclusion of an expensive SSD to the mix.

Still, with Xbox Series X launch date set for 2020 alongside Halo Infinite, it surely won't be long before Microsoft is ready to offer up new details and give us a solid understanding of what the Xbox Series X price will really be. Of course, when the company does we will be sure to update this page, so keep your eyes locked to GamesRadar+ for any and all next-gen details as they happen.