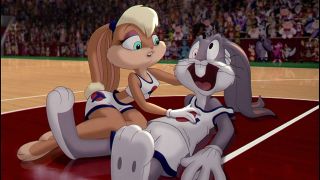 Attention ‘90s kids, this is not a drill. Space Jam 2 is a very real thing and, whisper it, it’s shaping up to be even better than the original. That’s not just because CGI-to-live-action technology has improved massively since the 1996 original, but because the movie is going all-in on getting the best talent for the job. That even includes the Black Panther director, Ryan Coogler, being along for the ride. Oh, and Bugs Bunny, too. Don’t forget about him.

The Hollywood Reporter reveals that the Space Jam sequel is scheduled to start filming during the 2019 NBA off-season between May and September, (so expect a 2020 release date, though nothing has been confirmed). There’s a reason for that filming schedule: basketball legend LeBron James is replacing Michael Jordan, the original’s leading man. It’ll be directed by highly-regarded filmmaker Terence Nance, who was only 14-years-old in 1996.

That’s not all. Ryan Coogler is onboard to produce the movie, too. The Black Panther director will take on the role of producer. All in all, the trio represent some of the absolute finest talents around today – and it’s refreshing to see Warner Bros. pull out all the stops on what could’ve been a throwaway cash-grab of an effort.

But what about the Looney Tunes themselves? Presumably they’re back. Bugs is returning for sure, as hinted at by SpringHill Entertainment’s Instagram feed. There’s even a cool little Daffy Duck Easter egg, plus graffitied appearances by Marvin the Martian, Lola, and Tweety.

Space Jam 2 isn't the only new movie to get excited about. Take a peek at all of the upcoming movies of 2018 and beyond.