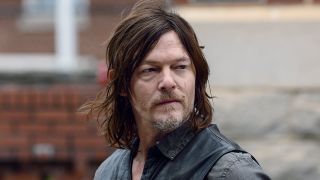 The Walking Dead season 10 trailer has been unveiled during the show’s big San Diego Comic Con 2019 panel alongside a release date. Promising an escalation of the war between the Whisperers and the survivors’ group, led by Michonne and Daryl, the 4-minute clip (which you can watch above) has us convinced that the show is on an upward tick after the all-round success of The Walking Dead season 9. But nobody’s safe with Alpha and Beta lurking at the borders - and Carol could be next on the hitlist.

There’s also a confirmed Walking Dead season 10 release date to mark in your diaries. We already know the show would shuffle back onto our screens in October, but now we have an exact date: October 6. A special look ahead to the upcoming season will premiere on August 11.

For more clips from San Diego, be sure to mosey on over to our SDCC 2019 trailers hub, as well as checking in on the San Diego Comic Con 2019 schedule - so you know exactly what to expect in the days ahead.