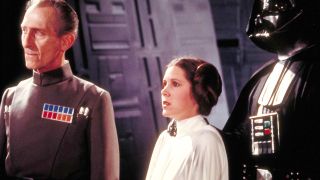 Ready for some more Star Wars? Following hot on the heels of a brand-new movie series from the Game of Thrones creators comes this: multiple  TV shows – so when can we expect to see them?

As reported by ABC correspondent Clayton Sandell, Disney CEO Bob Iger confirms that we aren’t getting “just one” TV show (which we already knew about) but that a “few” small screen entries are in the works. Which means that, along with the Han Solo movie, Star Wars 9, Rian Johnson’s trilogy and the Thrones’ creators series, we’re getting at least a couple of TV series to complement it. That’s a lotta Star Wars.

JUST IN: Disney Chairman & CEO @RobertIger says there are "not just one" but "a few" @StarWars series in development for the small screen.6 February 2018

The TV series, which will more than likely find its home on Disney’s upcoming Netflix-style service, doesn't yet have a release date, but don’t expect anything pre-2020 as JJ Abrams’ trilogy-capper will probably be dominating all things Star Wars for some time to come.

I’ve always thought that, despite being overwhelmed with Star Wars recently, we’re missing a more intimate, street-level story. Think a Daredevil-type show but swapping the Big Apple for Coruscant, or an adaptation of Star Wars: Knights of the Old Republic. Heck, the galaxy’s their oyster: why not do a police procedural starring the colourful and crazy characters that inhabit the universe? Now we’re talking.

Of course, there is the caveat that we’re getting at least 11 Star Wars movies in 15 years, compared to 6 in the first 28 years – and that’s without mentioning the TV show. How much is too much? We’re about to find it but, for now, it’s very much tantalising baby steps before the giant leap into the unknown.