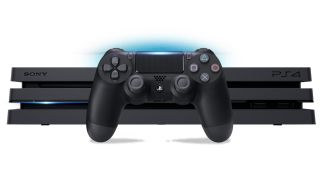 So, you’re thinking about buying a PS4 Pro? After all there will be plenty of PS4 Black Friday offers in November, and it's a great year to buy. The mighty Pro is the latest version of the PS4, the best-selling console on the market. You can expect razor-sharp graphics, a library packed full of great games, and virtual reality capability through the PSVR headset. But before you decide whether to buy it, here’s everything you need to know.

A souped-up version of the PS4. Its hardware is more powerful than the regular console, so it should run smoother and will let you play some games in both 4K resolution and HDR, a technology that provides more vibrant colours—provided you have a TV that’s capable.

You’ll only see improved performance if developers have specifically enhanced their game for the Pro, but don’t worry—lots of older games are already updated, and all future releases are going to be Pro-ready. Even if older games won’t run in 4K, most of them will run at a higher framerate with the PS4 Pro. It’s also compatible with PSVR, Sony’s virtual reality headset, which has an ever-growing library.

The better hardware comes at a price, naturally, and it’s around £120/$100 more expensive than the normal PS4. Despite its power, it’s still a step down from the Xbox One X in terms of graphics—so if that’s what you care about, you should consider buying Microsoft’s flagship console.

What games can you play on PS4 Pro right now?

The PS4’s popularity means that most major releases, such as Red Dead Redemption 2 and Destiny 2, will make their way to the PS4 Pro. But Sony has also secured plenty of PS4 exclusive games that you won’t be able to play anywhere else—not even on PC.

They’re spread across a full range of genres, from sports games to narrative adventures, and a bunch of them are absolute must-plays. Highlights include Marvel’s Spider Man PS4, God of War, hack-and-slasher Bloodborne, Horizon Zero Dawn, The Last Guardian and Uncharted 4.

Some games from previous Sony consoles have also been remastered for the PS4, such as Shadow of the Colossus, God of War 3, The Last of Us and Uncharted 1 through 3.

What PS4 Pro games are there to look forward to?

2019 is shaping up to be a great year for gaming and with the PS4 Pro you’ll be able to play the likes of Anthem, The Division 2, Sekiro: Shadows Die Twice and Skull and Bones.

Sony has lined up some exciting exclusives too, including the post-apocalyptic Days Gone, platformer Concrete Genie and action-adventure game Ghost of Tsushima.

There’s a chance that The Last of Us Part 2 and Death Stranding, two of the most anticipated PS4 exclusives, will be out in 2019, but they haven’t yet got release dates.

How much is the PS4 Pro?

It costs $400/£350, and if you click the ‘Buy Now’ button on the official PlayStation website you’ll find links to all the stores that are selling it.

But chances are you’ll want a game or two to play when you first buy it, so it’s worth buying a PS4 Pro and game bundle. It’s better value: most of the time, you’ll find a bundle for the same price as the base console, so you’re essentially getting a game for free.

The bundled games available depends on your region, but common ones include Red Dead Redemption 2, Call of Duty: Black Ops 4 and FIFA 19. Don't forget that the Black Friday PS4 deals will drop the prices further in November.

How long before the PS5 comes out?

The closest we’ve come to concrete information is Sony Interactive Entertainment CEO John Kodera telling reporters earlier this year that the PS4 was entering the “final phase of its life cycle”. Soon after, he said that Sony would “use the next three years to prepare the next step, to crouch down so that we can jump higher into the future”. That means we can expect to wait until at least 2021 for Sony’s next console, currently nicknamed simply the PS5.

It’s been five years since the PS4 arrived - the previous gaps between Sony’s consoles more recent consoles has been six or seven years, so we’re due some solid information soon.

Conclusion - Should you buy a PS4 Pro?

The PS4 is the console for those that want the biggest library of games. Not only does it get all the major cross-console releases, it also has a long list of exclusives, including classics from previous Sony consoles. It’s also currently the only option for anyone that wants a console that can play games in virtual reality—the only other way to play VR is to shell out lots for a powerful gaming PC.