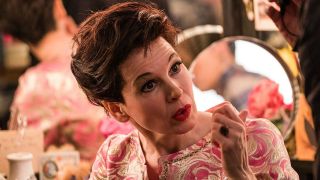 While Zellweger has previously won an Academy Award for Best Supporting Actress in Cold Mountain, she has lost out twice for Best Actress (Bridget Jones's Diary in 2002 and Chicago in 2003). Today, that all changes.

Accepting the awards, Zellweger said: "Thank you for inviting me here alongside one of the most special collaborations and meaningful experiences of my life."

Zellweger also heaped praise on her director Rupert Goold, saying, "It was a pleasure to work with [him]," before listing the cast and crew of Judy."

She ended with her speech by reflecting on Judy Garland's legacy: "it's been a cool reminder that our heroes unite us... when we look to our heroes, we agree. And that matters."