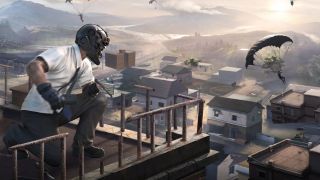 Knives Out, the free to play battle royale game from Chinese tech giant Netease, could be coming to PS5, according to information gleaned from one developer's now edited Linkedin profile.

Vincent Chi, Netease Department Art Director/ Product Manager, had Knives Out listed as a project in "full development" for PS5 and PS4 in his description, but has since updated the information to "SONY PlayStation® Console" after the internet began to clock on.

Linkedin page shows that Knives Out, the battle royale game from NetEase, could also be coming to PS5 in addition to PS4. The game is currently out for smartphones (global) and Nintendo Switch (Japan) with a PS4 release planned soon. https://t.co/4Z9iGkJjHaDecember 19, 2019

Knives Out (no, not that Knives Out) had already been confirmed as in the works for PS4 but, aside from the recently announced Godfall, neither Sony nor any of its third or first party developers have outright promoted their titles as PS5 games yet, despite many acknowledging the existence of the next-gen console's dev kit in their offices.

This makes this Knives Out leak all the more tantalising though, interestingly enough, Chen's profile makes no mention of the game coming to Microsoft's own upcoming hardware, the Xbox Series X.

It should also be acknowledged that, thanks to PS5 backwards compatibility, most PS4 games will automatically be playable on the console, though it sounds like Tencent is working specifically to optimise its battle royale for this new platform.

Could Knives Out be a PS5 launch game come Holiday 2020? We likely won't know for at least a handful more months, but will keep you informed if and when we hear anything more.