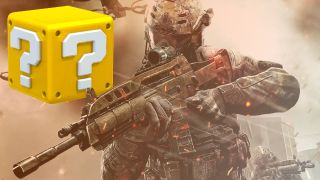 Welcome to our daily news roundup, where you can get a quick update on all the most important happenings in this fiery universe we call entertainment. We've already got you covered on the Solo: A Star Wars Story trailer, the critical verdict on last night's Netflix surprise The Cloverfield Paradox, and the rumor that Crash Bandicoot N. Sane Trilogy could be coming to Switch and PC this year. Here's what else you might've missed today.

.. Its a bit early for the "official" leak faucet to start dripping.... But..in the past...the pipes have been compromised... AND smart folks do piece together the available intel in surprising ways... might wan to go " X-files" on this...@jamescburnsFebruary 5, 2018

That live-action Sleeping Dogs movie is still a thing
Actor Donnie Yen - star of Rogue One: A Star Wars Story and the Ip Man franchise - has promised fans that a movie adaptation of Square Enix's Hong Kong crime game is still happening.

Metal Gear Solid 5's nuclear disarmament event triggered, and Konami doesn't know why
Fan's of The Phantom Pain were surprised when a special cutscene to commemorate in-game nuclear disarmament triggered in the game's Steam version on February 2. Do you know who was even more surprised? Konami, who took to social media to confirm that it shouldn't have happened (there are still nukes in the game) and basically doing reverting to the equivalent of a shrug emoji.

The nuclear disarmament event was triggered in the Steam version of METAL GEAR SOLID V: THE PHANTOM PAIN on Feb 2nd at approximately 12:00 GMT. We are still investigating, but can confirm that the event was triggered while the nuke count hadn’t reached zero. (1/3)February 4, 2018

Capcom's Dead Rising studio has been restructured, unannounced game is killed
Spare a thought for the folks over at Capcom's Vancouver office today, the new home of the Dead Rising series. Kotaku has reported that 50 people were laid off, and a project - which hadn't been announced yet - was cancelled in the process. Capcom told Destructoid "the team is continuing to work hard to support the recent release of Puzzle Fighter for mobile and is dedicated to its flagship Dead Rising series."

An important update on Yakuza 6 : The Song of Life pic.twitter.com/8MILlBPI4xFebruary 2, 2018