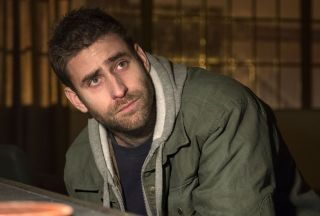 Despite being an anthology series akin to American Horror Story, The Haunting of Hill House season 2 will feature a few familiar faces.

Oliver Jackson-Cohen joins Hill House castmate Victoria Pedretti in The Haunting of Bly Manor. They will play different character in the second season, an adaptation of The Turn of the Screw. The book, a ghost story by Henry James, centres on a governess who moves to the titular Bly Manor to take care of her niece and nephew - Miles and Flora - after their parents died. Things get strange when the governess believes she can see the ghosts of the previous governor and governess floating around the house.

Netflix revealed that Jackson-Cohen will play Peter, “a resident of Bly Manor, who makes life very difficult for everyone who lives there.” The actor previously played Luke Crain, the older twin of Pedretti's character Nell, on Hill House.

In other news regarding Jackson-Cohen, the actor was recently cast as The Invisible Man in Universal and Blumhouse's new adaptation of The Invisible Man. The movie was initially going to star Johnny Depp as the eponymous character, but was later dropped from the film after Universal scrapped its "Dark Universe" plans.

Titled Midnight Mass, the story will revolve around an “isolated island community” who experience “miraculous events and frightening omens” after a mysterious young priest joins them. Flanagan has also directed Doctor Sleep, the forthcoming sequel to Stanley Kubrick’s horror classic The Shining.

For now, why not check out the biggest questions we had after watching the Haunting of Hill House ending?