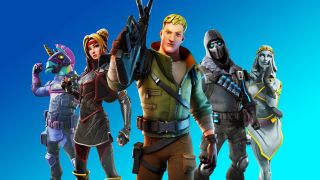 In reply to a tweet by Warner Bros. that shared a video of the movie's cast, the Fortnite account teased: "See you soon Harley!"

Of course, this isn't Fortnite's first crossover rodeo. We've already seen collaborative events from a range of games, TV shows, and movies, including and co might be making her/their way to Fortnite? We reckon it's possible, especially as Warner Bros. replied with "Can't Wait" and a smoochy kiss...

Of course, this isn't Fortnite's first crossover rodeo, is it? We've already seen collaborative events from a range of games, TV shows, and movies, including Stranger Things, Borderlands 3, and Rise of the Skywalker. Even IT's Pennywise has stopped by (argh!).

Birds of Prey is scheduled to release on February 7, 2020, which suggests the event is coming sooner rather than later, especially as Chapter One is expected to end soon.

Chapter 2 season 2 is dropping February 20, after being pushed back from February 6. As we previously reported, dataminers discovered the pushback in the game's API, extending Season 1 well beyond any other Fortnite season. As of yesterday, it was in its 100th day, having started on October 15 of last year. Fortnite seasons are, on average, ten weeks long.

As Alyssa explained, the post then goes on to cheekily highlight some of the features in Fortnite Chapter 2, season 2 - all of which are redacted. It reads "Chapters 2, season 2 will feature [redacted] with multiple [redacted]. We can't brief you on all of next season's secrets jus yet…"

Before the end of season 1, there'll be additional Overtime Challenges and a new two-week event that has yet to be announced.  Stay tuned, as we'll update you accordingly.

Here's all the details on Fortnite's competitive changes.