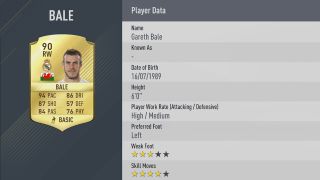 In an act of cheek to match Paul Gascoigne in his pomp, EA has announced player ratings for the top ten stars in FIFA 17 – but (for now) cut the list off at number four.

The idea, of course, is to keep fans wondering what ratings will be given to the three best players in the game: Lionel Messi, Cristiano Ronaldo, and Jordan Henderson. Sorry, Neymar.

It means Neymar is guaranteed to have improved on last year’s rating of 90, whereas Ronaldo and Messi may stay unchanged - they were scored 93 and 94 respectively in FIFA 16.

You can view player ratings for the full top 50 (other than that final trio) at the official FIFA 17 website.