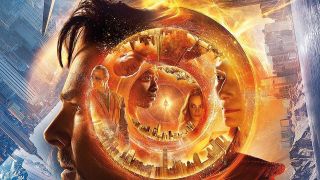 Doctor Strange is less than a month away from making its cinematic debut in the UK, and the past few days has seen a new TV spot, a slew of posters, and a ton of new information arrive online. Some of the posters have also come in motion form too, and the latest of that variety focuses on Benedict Cumberbatch's titular character.

Through the mystic arts we harness energy and shape reality. #DoctorStrange pic.twitter.com/1x8OtQcsxWSeptember 29, 2016

The marketing campaign for Doctor Strange has been really impressive; the footage we've seen in the trailers has been very satisfying without giving away spoilers, and all of the official posters - which Marvel haven't been great at in the past - have been pretty creative. It's all been teasing what looks to be a very visually lush movie, and that's something which is best experienced on the big screen.