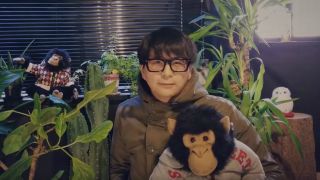 Prepare for your weekend the right way with a piping hot bowl of today's news, seasoned with a smile and just a dash of hot sauce.

There's some Jon Favreau in your Han Solo soup

According to a tweet by Solo: A Star Wars Story director Ron Howard, Spider-Man: Homecoming  star and Iron Man director Favreau has a major role to play in the new Star Wars movie.

Wondering why we r all together? @Jon_Favreau is voicing a very cool & important alien character for #HanSolo Flattered & fortunate I could pull him away from his #LionKing directing duties https://t.co/W5N7YoAlq6February 14, 2018

At least your GTA Online San Andreas taxes are easy

Log into GTA Online between today and February 26 and get at $250,000 in GTA cash. It's a good time to spend it too, with a 10% rebate on every dollar spent. "Tax season is upon us and with 2017's population growth, the San Andreas Treasury Department is happy to report a new stimulus for all citizens - hustlers, triggers, shot callers and kingpins alike."

Your Xbox One X and Air Jordan sneakers had babies

Microsoft has created three custom Xbox One X consoles inspired by three upcoming Air Jordan III releases, the Free Throw Line, the Black Cement and the Tinker. If you love electronics that match your shoes, you can enter to win one of the special consoles on the Xbox Twitter account.

RT for a chance to win an Xbox One X console inspired by the #AirJordan III. NoPurchNec. Ends 02/21/18. #Sweepstakes rules: https://t.co/BSYHSM7rcp pic.twitter.com/eEyqtv8ceMFebruary 16, 2018

The eccentric developer of Deadly Premonition and D4: Dark Dreams Don't Die has started his weekend with a tease for his next game, The Missing. Never one to disappoint, he does the whole pitch holding a cuddly monkey. Because of course he does.

Tomorrow is the PC Gamer Weekender in London, a massive event for all things mouse, keyboard and intimidating graphic card specs related. You can still save 20% on tickets with the code GR20, but if you can't make it or are geographically challenged, you can still tune into the livestream. It's hosted by our very own Zoe Delahunty-Light and will have a great mix of live playthroughs, new footage and Q&As. Go to the official Twitch channel to see it all.

What the new Sonic the Hedgehog comic pulls from the blue blur's history, and what it leaves behind

Wondering what would be on Ulysses Klaue’s Black Panther mixtape? Andy Serkis has the answer…

Hot dang!! Get Monster Hunter World and Titanfall 2 FOR FREE with this PS4 Pro bundle