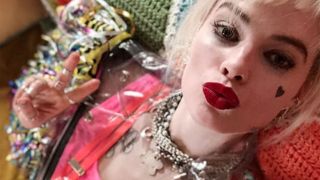 It’s inevitably something we all have to ask: is there a Birds of Prey post-credits scene? Every comic book movie has to come attached with a stinger to help set up a sequel, right? It’s basically the law at this point.

We’ll give you the answer just below – and don’t worry, there are no spoilers for Birds of Prey until AFTER the spoiler warning.

So, in a shocker, there actually isn’t a Birds of Prey post-credits scene – though there are a couple of reasons to stick around.

In its place, you get something else that’s fast becoming a staple of superhero franchises in its own right: an animated sequence running through the key cast. After that, the credits roll and you’re (mostly) free to go home. If you’re a completionist, however, you may want to stay for another five minutes. There’s a bonus Harley Quinn audio clip at the end – with a reference to a certain someone.

Mild Birds of Prey spoilers: turn around now if you don't want to save what Harley has to say for the cinema

In a Ferris Bueller-style take on post-credits scenes, the very end of Birds of Prey’s roll call sees Harley Quinn wonder why everyone has stuck around to the very end. But as they have, she’ll let the audience in on a little secret: “Batman is f—,” she says before being cut off.

What did she say? Batman is fit? Batman is fucked? We’ll (probably) never know, but you can rest easy if you want to leave the cinema before then. It’s not exactly a Birds of Prey post-credits scene, and definitely doesn’t impact on any future DC movies, including James Gunn’s Suicide Squad or The Batman.

For more on Birds of Prey, listen to the Total Film team discuss the movie on the latest episode of the podcast.