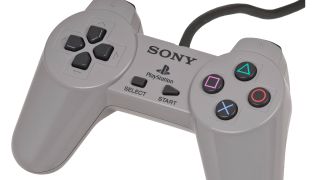 With the PlayStation Classic, a smaller, more powerful variant of the PS1, having just been announced by Sony, what better time to think about all the great games that could be pre-installed on the system when it releases this Christmas? There's so many to choose from, after all, given the console's prestigious history as the birthplace for many iconic franchises and game-changing IPs. Horror, action, stealth, you name the genre, and there's a best PS1 game out there to answer the call.

That makes it somewhat difficult to narrow our best PS1 games picks down to a meagre 25, but we think we've captured the very best that the console had to offer with our final choices. So, time to put on those retro goggles and reminisce with the best PlayStation games of all time, from Metal Gear Solid to PaRappa the Rapper. If you're looking for something a bit more current, dive into our best PS4 games, best Xbox One games, or even go deep into our best MMORPGs or best co-op games lists.

25. Tenchu 2: Birth of the Stealth Assassins

Yeah, Metal Gear Solid is the pinnacle of stealth games, but for everything that Snake embodies, he's still not a bona fide, authentic ninja. Rikimaru and Ayame are though, and their adventures in Tenchu 2 make for some high-quality stealth action.

While playing the game had its merits, the true excellence of Tenchu 2 lies in its mission-creation modes. We could build our own assassination mission from the ground up; we could create everything from level layout to objectives, allowing us to stretch our creative talents into crafting the perfect setting for a kill. We probably spent more time making missions than completing them, but we don't care.

Even though Klonoa was targeted more at children than adults, people young and old could appreciate the brilliant universe and unique game design. It was a cute, fun, simple platformer that relied on a relatively new approach to grab gamers’ attention.

The 2.5D (3D game engine with a mostly 2D style of play) design was a perfect way to keep the accessibility and desirability of older 2D platformers while simultaneously acknowledging the industry’s almost unanimous jump into the 3D realm. It made for very fresh platforming and a progression that never got stale. Klonoa may not have created the legacy Namco had hoped for, but at least he’ll always live on in our hearts.

If you’ve never played or heard of Suikoden 2, it was probably because you just couldn’t get your hands on a copy. Despite high review scores and a passionate following (that perhaps formed too late), Suikoden 2 was never reprinted after its initial limited run. Which is a real shame, because that forced one of the greatest PlayStation RPGs to fade into relative obscurity.

Story was the standout component here, and not just the one involving the game’s protagonist. You spent much of the game recruiting up to 108 allies to fight alongside you. It was a bit like Pokemon, only these allies could speak, kill, and were never constrained by magical ball-prisons. Hmm, OK, maybe it was nothing like Pokemon...

22. Driver: You Are the Wheelman

A '70s car chase movie come to life, Driver turned you into the tough guy undercover cop that you always wanted to be. We'd spend hours driving through impressive urban areas, eluding authorities and wreaking havoc while completing our main missions. New York, San Francisco, Miami, and Los Angeles were our playgrounds, and we were ready to play.

Car physics were as authentic as they could be back in those days, with every crash leaving some kind of mark on our vehicles. While we wanted to be indestructible (and who doesn't?), Driver's realism and fast-paced action left us wanting more anyway.

Besides Crash Bandicoot (who we'll get to later), Spyro was sort of the Mario of the PlayStation. The cute, purple dragon had a number of adventures throughout the years, though his finest moment was arguably his first, in 1998.

Spyro was a very capable little guy, despite being the smallest of his kind. Through a combination of jumping, gliding, breathing fire, and headbutting enemies, Spyro fought against the villainous Gnasty Gnorc and his mooning minions. Plus, you get to play as a dragon. A dragon! And he's adorable.

Now here's a game that delivers a true Spider-Man experience. The PS1 Spider-Man adventure made us feel like we were actually ol' webhead himself, climbing rooftops and beating up bad guys without breaking a sweat.

We could shoot webbing, we could swing across rooftops, we could do everything Peter Parker could while saving the day. But more than his abilities, this game captured the spirit of Spider-Man. There was no better comic book game available when Spider-Man was released, and we're hard-pressed to find a better Spider-Man game even now.

From the first five minutes, we knew we'd be hooked on Vagrant Story. There isn't a better introduction to a video game anywhere else. Any self-respecting gamer who watches that has to continue to play. There's no way around it.

Luckily for us, the rest of the game is just as fantastic. The battle system, despite being one of the deepest we've ever played, never feels too intimidating. Graphically there's a lot of brown, but this is one of the few games that makes it work. Finally, of course, is that story... like we said, once you're in, you're hooked. Vagrant Story is a masterpiece overshadowed by more big-time names. We can't recommend it enough.

When Mega Man X made the jump to the PlayStation, some fans worried that the overall quality of the series would be compromised. One look at Mega Man 8 did not earn Capcom a lot of confidence. Thankfully, Mega Man X4 maintains the quality of the SNES titles, bringing the X series to a whole new level.

X4 allowed you to finally choose between X and Zero for the entire game, creating two incredibly different playing styles. X played more like the normal Mega Man experience, but Zero's sword capabilities made him quite intriguing. X4 feels like two games in one thanks to that choice, making the entire experience that much better.

Though they may have looked similar graphically, R4 was far from the racing sim Gran Turismo 2 was. Ridge Racer was always about arcade controls, drifting, and most importantly, accessibility. This meant that even gamers who weren’t so good at driving games could escape the degradation of kart racing and feel like a true pro. R4 was the last and best Ridge Racer game on the PlayStation, and despite the franchise continuing on to the present day, some still consider R4 to be the pinnacle of the series.

Phew, it’s hard to believe we made it to the end of this entry without succumbing to the urge to type out a certain meme. RIIIIIDGE-- no! Must resist!

The PS1 gets knocks from retro gamers for popularizing polygonal visuals over 2D sprites, but that ignores a good number of games that kept hand-drawn graphics alive. A great example of that is the culmination of everything that Capcom got right with the Alpha series, Street Fighter Alpha 3 - aka the pinnacle of 2D fighters on the PlayStation.

SFA3 not only featured multiple playstyles and combo gauges to choose from, it also had an impressively rich roster. Fans got to see dream match-ups as Alpha originals like Rose and Sakura faced off against SF2 classics like Guile, Fei Long, and Blanka. Ultimately SFA3 was proof that old-school fighters still had a place in the era of polygons.

Have we missed one of your favorite titles? Click 'next page' to continue our countdown of the best PS1 games.