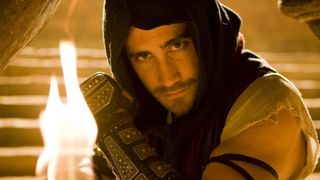 Reports of a movie based on Ubisoft's The Division have been swirling for a few months now, but today the French developer/publisher made it official: The Division is coming to a theater near you soon.

If you're a fan of video game-to-film adaptations, you'll likely recognize one of the actors attached to the project, Jake Gyllenhaal. He played Dastan in 2010's Prince of Persia: The Sands of Time - which, while also based on a Ubisoft property, was actually produced and distributed by Disney. Starring alongside Gyllenhaal will be Jessica Chastain, who recently starred in Interstellar as the adult version of Murph, as well as Melissa Lewis in The Martian.