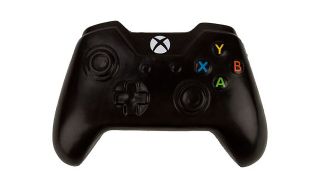 Ever found yourself squeezing your Xbox One controller in frustration after one too many missed jumps, or even throwing it after a particularly cheap boss battle? It's a bad habit, but the Microsoft company store at least has something that will make it a little easier on your expensive hardware (and your poor hands): the official Xbox One controller stress toy.

At about a tenth of the price of a real Xbox One controller, and being made of appreciably softer material, it could be your new best friend for playing rage-inducing games. Not only that, it has so many more uses than an actual controller, which - due to its cost and fragility -  should typically be reserved for playing video games. Here are some ideas to get you started:

Apparently Microsoft isn't manufacturing these stress toys any more, but there's still plenty of stock left for the time being. If you're more interested in non-squeezable peripherals, check out our guide to the best Xbox One controllers and accessories.