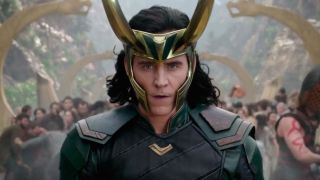 The Marvel Cinematic Universe is used to a few weird and wonderful cameos – and that’s just Stan Lee we’re talking about. Thor: Ragnarok, though, if reports are to be believed, has raised the bar and then some. Loki could be played by Matt Damon. Confused? You should be. Read on and I’ll explain all…

According to the podcast The Weekly Planet, Matt Damon will be donning the Asgardian robes of Loki for a role in a play recapping the events of the first Thor (skip to 23:10 here for the full discussion on it).

Remember the Game of Thrones season 6 play that Arya so gleefully took in whilst in Braavos? It sounds like Thor: Ragnarok will be taking cues from that to create a farcical, light-hearted theatre production, and having Matt Damon is the perfect cameo cherry on top. It does makes me wonder, though, who will play the God of Thunder… Is Ben Affleck available?

First Jeff Goldblum and now Matt Damon. I admire Thor: Ragnarok’s ability to (hopefully, if this is true) chuck in a few random, brilliant actors for the hell of it and let them ham it up. It sure makes the third Thor sound like a far more fun-filled romp than the dark drudgery of the prior two Thor flicks.

For slightly-less Matt Damon-related Thor: Ragnarok news, find out why the third movie will change Thor in a big way. There’s also a look at the heartwarming origin behind Ragnarok’s most popular line from its first trailer.