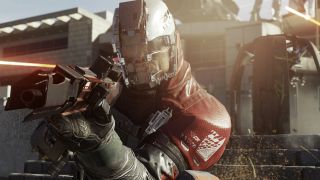 Make what you will of this but Call of Duty's annual XP community event is promising "an exclusive PlayStation VR experience" this year.

There's no way of telling what this is yet as the event's not happening until September but given the setting something COD themed is probably a given. The fact that it's a PS VR exclusive is interesting - might it be something that eventually makes it's way over to a retail release? PlayStation's virtual reality headset is due for an October release so a September reveal is great timing.

The only question then is what kind of thing is it? The site says you'll be 'embarking on an exclusive PlayStation® VR experience' which doesn't give much away. A full COD shooter seems unlikely but an on-rails thing like Until Dawn: Rush of Blood or London Heist isn't exactly a stretch of the imagination. (Thanks to Johnny Cullen for the tip off).