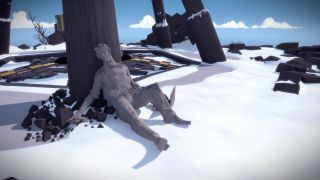 The Witness has almost finished enough slidey line puzzles to unlock its Xbox One version. Thekla, Inc. boss Jonathan Blow told IGN that his studio aims to release the first-person wander-and-puzzle-em-up on Microsoft's console on September 13, 2016.

If that holds true, Xbox One will get The Witness just under 9 months after it arrived on PS4 and PC. Despite the wait, Blow confirmed that the Xbox One version won't get any extra content: "There are some technical differences, but it’s basically the same game". An iOS version, which will feature the same Island and puzzles but with touch-based controls (duh) and scaled-down visuals, is also in the works. No release date for that version yet.

While you're waiting, why not watch Soulja Boy analyze Blow's last game, Braid?