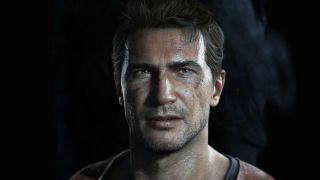 Cinematic adaptations of video games are not always received well by fans of the original source material - to put it mildly. With the Uncharted movie, though, director Dan Trachtenberg is attempting to avoid the pitfalls of the often fateful genre.

Speaking to GamesRadar’s own Connor Sheridan, Trachtenberg maps out what he does and does not want from the Uncharted movie’s story. “[I] have been approached with different versions of this tale,” he says, “and have always been not that interested in it because I didn't really want to trace the game.”

For Trachtenberg, imitation sounds less like the sincerest form of flattery and more like a quick-fire way to disappoint long-term fans of the action-adventure series. He continues: “I didn't really feel like it was at all worthy of making a video game adaptation, [if[ we're just gonna copy what the game is and just serve people a lesser experience than what they've experienced in such an incredible way.”

In fact, Trachtenberg believes “if Naughty Dog so chose to make another Uncharted game featuring Nate and Sully… this movie's story is probably the story that they would want to tell.”

If you weren’t already confident in the Uncharted movie director’s masterful handling of video game adaptation – he can already count 10 Cloverfield Lane and the Portal: No Escape fan-made movie among his burgeoning resume – his current mission statement should ease your fears.

This isn’t going to be a case of re-treading old ground (though, could we keep the dangling train set-piece in, please?) but rather using the games as a launching pad for something exciting and utterly unique from the Uncharted universe.

The Uncharted movie is out on December 18, 2020. Tom Holland will star as Nathan Drake alongside an as-yet-unannounced cast.