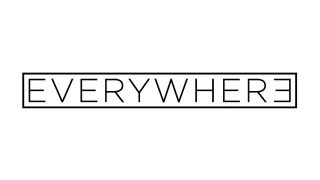 If I told you that one of the people most responsible for the success of Grand Theft Auto was making a new game that was like that but way bigger, would you want to know more? Well, he is, and here you go. Former Rockstar North studio head Leslie Benzies announced a new project called Everywhere earlier this year, and it sounds like it could be everything you ever wanted from GTA Online and then some.

Benzies' still unnamed studio hasn't said much about the game yet, but I was able to piece together a decent outline from a few interviews and job listings. Take a look.

Everywhere's being made by former GTA leads

Rockstar North is the main studio behind the Grand Theft Auto series, and Leslie Benzies used to be in charge of Rockstar North - which should be enough to get you excited about his new project all by itself. Benzies left the company after an extended sabbatical that began in late 2014 and has filed a lawsuit against Rockstar for allegedly unpaid royalties. Payout or no, he didn't leave alone - he took former lead programmer Colin Entwistle and former audio director Matthew Smith with him to start his new studio. There's a strong Rockstar presence at the top, but it's already assembled at least 30 employees with more than a dozen job listings still posted across three locations

Everywhere lets you seamlessly go from single to multiplayer

"I see a future where we don’t reference single or multiplayer - we just choose when we play and if we want to hang out with others or we want to be alone," Benzies told Polygon. "Just like real life - sometimes I want to be with people, sometimes I don’t, or I want them around but I don’t want to interact with them. We’re making Everywhere as seamless as possible so players won’t have to think about jumping from mode to mode - except when it helps the gameplay."

That probably sounds familiar if you've played GTA 5. But even though both GTA 5's single-player campaign and GTA Online take place in the same world, there's always a long loading screen between them. Not only that, none of your accomplishments in one half of the game are ever reflected in the other. Hopefully Everywhere will do more to blend the two approaches.

Everywhere has a "rich and varied ambient" open world

“Everywhere has a lot of traditional game mechanics but we’re going for something more that draws inspiration from, well, everywhere,” Benzies told VentureBeat earlier this year. “Players are getting smarter and require more from their games, and we want players to have the real freedom to live in our worlds in the ways they want to."

A job listing for AI programmer fills in a bit more detail, saying that "a rich and varied ambient world is essential to our game". So if you were worried the world would be big and empty to harbor more player interaction (looking at you, PlayStation Home), fear not: that doesn't seem to be the direction Everywhere is heading in.

You could have more options than "ambitious criminal"

GTA Online can serve as the frame for near-unlimited hijinks, but every story has the same starting point: your character is an upwardly-minded criminal who carries an impractical quantity of guns. Everywhere might be a little more flexible. Here's Benzies with VentureBeat again: "We’re aiming to offer a huge variety of game modes and styles that not only tell our stories but also enable players to live in the identities and adventures they most want to explore.” That talk of "identities" is especially interesting. Could it refer to standard player classes - driver, gunman, medic, et cetera - or something further out there? Even if Everywhere sticks to the standard open-world crime format, maybe it will let you join the police and hunt down disruptive players? It's a broad, ambitious goal, so we'll have to wait and see.

Benzies has a long-term vision for Everywhere "with the capacity to develop and grow forever". The team's goal is to create a platform "where players can be entertained, and also entertain others while blurring the lines between reality, and a simulated world". If that sounds like some industrial-grade marketing speak to you, you are so not wrong.

Everybody wants to make their product into a "platform" so they can keep selling it and stuff on top of it for eternity. But the buzzwords do tell you something about the goal for Everywhere - it won't just be a set experience, but rather one that is meant to grow and evolve over years. Look at how different GTA Online is now versus when it launched and you'll get a baseline idea for the kind of evolution Everywhere could experience.

Metal Gear Solid may be an influence

When Polygon asked Benzies about his influences for Everywhere, he said most of them come from the outside world beyond video games. However, "one that really resonated with [him] was Hideo Kojima’s Metal Gear Solid - he has a great eye for detail". The same could be said of Rockstar North, with its working vending machines, intricately modeled vehicles, and inscrutable Easter eggs. Can Everywhere really manage the same level of obsessive intricacy with a new team and without the GTA series' nigh-unlimited bankroll? It will if Benzies can help it.

Everywhere will use Amazon's beefy servers

Everywhere is being built on Amazon's Lumberyard Engine. It's a relatively new tool for creating games (though it's based on the established CryEngine) but it has deep, built-in integration to Amazon Web Services. AWS already powers like half the dang internet, and its power and speed could make for a much more fundamentally-connected game experience than we're used to. Oh, that's the other thing - I will be surprised if Everywhere supports offline play, given all this talk about seamlessly engaging with other players.

I have no idea when Everywhere will come out

If Benzies and company stick to their Rockstar roots, we'll hear next to nothing about Everywhere until it's ready for a full launch sometime in the distant future. But if they choose to embrace the modern trend of open development, we might not have to wait nearly so long to try some alpha or beta versions. It's meant to be a player-driven game so the latter option makes more sense to me, but who knows!