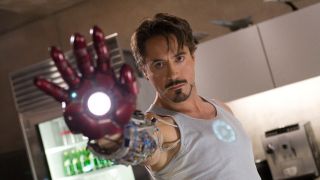 We'll be getting a little more of the mentor-mentee relationship between Tom Holland's Peter Parker and Robert Downey Jr.'s Iron Man in Spider-Man: Homecoming next year, and a new video courtesy of Instagram user Spiderman_The_New_Avenger seems to indicate that Downey's arrival to the film's New York set is imminent.

Previous films in the Marvel Cinematic Universe have made it pretty clear that Stark likes his cars, and there's a good chance that Jon Favreau's Happy Hogan - who was recently confirmed to be making an appearance in Homecoming - will be behind the wheel. Destination... Queens?