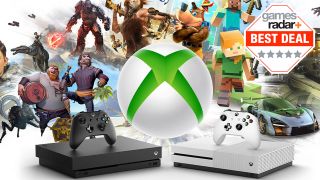 Game Pass is one of the best ideas Microsoft's come up with in years, so this cheap Xbox Game Pass Ultimate deal is a steal. CD Keys has cut the cost of a 3-month membership to $22.79 / £16.99, saving you over 40% right now. Better still, that offer is compatible with all subscriptions, be they new or old (many Game Pass discounts end up applying only to new accounts). You also get access to the service's PC games for your trouble.

That's what makes this cheap Xbox Game Pass Ultimate deal so worthwhile; you get 3 months of games on Xbox One and PC, not to mention 3 months of Xbox Live Gold to go with it. It's excellent value for money as a result, particularly because new games are always landing on the service. For instance, The Outer Worlds, Gears 5, and Rage 2 are all available for you to download right away.

Curious about what the service provides? Our guide to Xbox Game Pass has full details (including all games coming to the service), but here's the short version - it contains over 100 games both modern and old, ranging from modern releases to Xbox 360 classics. These can be played at your leisure so long as you've got an active subscription. What's more, the Ultimate version gives you online multiplayer via Xbox Live Gold and every game included in the PC Game Pass as well. That's a tremendous amount of bang for your buck.

It's also much better than the standard asking price, so we're not complaining.

For more offers, check out these Xbox Live deals and our guide to the best Xbox One accessories.