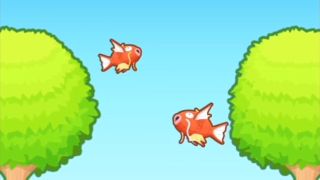 Fireworks, 2020-shaped sunglasses, and Shiny Magikarp are here to ring in the new year. That last item is courtesy of Pokemon Sword and Shield's Max Raid Battles, which for a short period of time will spawn more Magikarp, a greater percentage of which will be Shiny.

The influx of Shiny Magikarp won't last long, so don't delay if you're looking to catch one. The event is live now and only runs until January 3, dramatically increasing your chances of making a Shiny Magikarp your new best friend for a short period of time.

To access Pokemon Sword and Shield's Max Raid Battles, you'll just need to update your Wild Area news and connect to the internet. Then, head to the Wild Area and look for Pokemon Dens with red pillars of light shining from them. Approaching the den with your Dynamax Pokemon in toe and interacting with it will trigger a Max Raid Battle. You'll be able to see a silhouette of the Raid Pokemon, but you won't know if it's Shiny until you decide to throw down.

The last Max Raid event brought more chances to catch the Santa-like Delibird, and that ended December 26. You still have the chance to snag a few rare Poke Balls via Mystery Gift and claim a free Gigantamax Meowth.

It's dangerous to go alone! Explore the Wild Area with confidence by keeping our Pokemon Sword and Shield Wild Area guide nearby, which gives a nice and neat layout of the map and Pokemon locations.