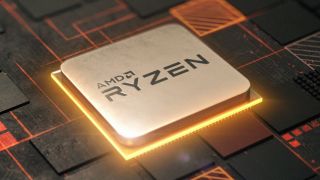 If push came to shove, looking at cheap CPU deals or cheap graphics card deals are probably the most exciting gaming PC component choices and offers. And if you've been holding off until a couple of real good ones come along to liven up your winter, then these two offerings - for both the US and the UK - might well be up your street.

PC-parts specialist Newegg is currently offering a quality, value-busting AMD CPU option and a great value-meets-quality GPU right now in the US. What's more, both components are also available at incredibly attractive prices in the UK as well. This is great news for anyone looking to start 2020 (yes, I know it's February) by putting together one of the best gaming PCs.

First up, the cheap CPU deal. Right now, in the US, Newegg has the AMD Ryzen 5 2600 processor for its lowest ever price of just $109.99 after using the code EMCDFDM34. This deal also gets you 3 months of Xbox Game Pass for PC for FREE. Over in the UK, you won't get the same Xbox Game Pass, unfortunately, but you can enjoy the processor having about 65 quid off its RRP, bringing it down to a fantastic, one-penny-off-its-lowest-ever-price of £109.98.

Processors like this one are responsible for everything from enemy AI to complex systems like weather, so investing in a good one is essential if you want to play AAA games on higher settings. In addition, the 2600 offers a great option for those just starting out - it won't break the bank but will still offer great, reliable performance for games and productivity tasks. Even though there's been a lot of talk about Ryzen's brand-new third-generation CPUs (the new AMD Ryzen 9 3900X has taken one of the top slots on our best CPU for gaming guide, for instance) the Ryzen 5 2600 still has its place among gaming tech, and is an excellent piece of kit that offers superb value for money. As well as being not second-mortgage-worthy expensive, this is a 6-core, 12-thread processor that offers boost speeds up to 3.9Ghz and should help to provide stability in a build going for very good frame rates at 1080p so long as you've got a good graphics card to match (see below for a good deal). It also comes with a free Wraith Stealth cooler to make sure your CPU looks awesome while handling the heat.

Secondly, there's a beast of a GPU with a discount on both sides of the pond, going for its lowest ever price. I should say at the top of this bit that this graphics card might not seem like the most obvious bedfellow for the above AMD CPU, but it will still give you an incredible setup. Anyway, the PNY RTX 2080 8GB XLR8 is a quality, high-end graphics card that, in reality, is only beaten in performance by the far more expensive Ti variant and the slightly beefier Super version. As a result, getting a 2080 card like this for only $629.99 at Newegg is a total steal. It's also at a good price in the UK at just £599 at Amazon UK - it has only ever been cheaper than this once in the UK.

PNY GeForce RTX 2080 8GB XLR8 | just $629.99 at Newegg
This card is offering great bang for your buck at this price. A 2080 card for about 600 is a great offer and it'll bag you plenty of performance and reliability to boot.View Deal

PNY GeForce RTX 2080 8GB XLR8 | just £599 at Amazon UK
At its second lowest price ever, this is a great deal on what remains one of the top performing cards at the very highest end of the spectrum.View Deal

It's not on our current list of the best graphics cards only by virtue of the 2080 Super offering that little bit extra, but because the Super just exists, it means the prices of the regular 2080 are becoming more and more attractive, and great value for money. This isn't technically in their sale but it has quietly gone about its own decline in price, and this is currently its lowest ever cost (as far as we can tell). This is the way to go if you're aiming toward fast, smooth ray tracing gaming.

Because these components can err on the expensive side, looking out for a deal such as either of these should save you cash that you can then redirect into your build. For example, this might allow you to plough funds toward the best gaming monitor or peripherals like the best gaming mouse.

For more PC gaming offers, don't miss our guide to the best gaming keyboards and the best RAM for gaming.