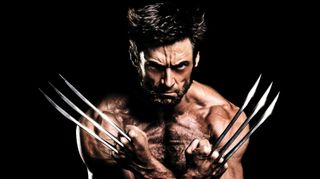 While the currently filming Wolverine 3 has been making plenty of cast additions recently, we still don't know who the likes of Richard E. Grant and Boyd Holbrook are playing. Some new information from Nerdist may have just shed a little light on that mystery however, as the site reports that Hugh Jackman's clawed mutant will be fighting the Reavers when he returns to cinemas next year.

For those unfamiliar, the Reavers are a group of cybernetically enhanced villains that have included members such as Lady Deathstrike - who had a memorable battle with Wolverine in X-Men 2 - and are led by the mutant-hating Donald Pierce (who happens to be half-man/half-robot). In the comics the Reavers have been deployed as both an elite military task force and a gang of thieves, but if these rumours are true then those seem like unlikely prospects for their big screen debut.

The scuttlebutt does open up some interesting prospects as to who the film's latest casting additions may be playing; Holbrook's role has been described as "relentless, calculating and intense head of security for a global enterprise" - which could easily mean Pierce - while Grant is said to be playing a mad scientist, hinting that he is responsible for the Reavers' cybernetic enhancements. Add this to the possible presence of Mr. Sinister (as hinted at with the X-Men: Apocalypse post-credits scene), and there could be a whole bunch of bad guys Logan will be facing off against in Wolverine 3.