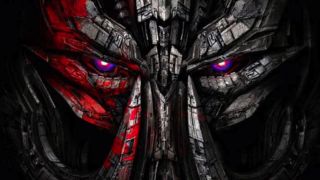 Transformers: The Last Knight is currently filming, and while we've gotten a glimpse at Bumblebee's new look and confirmation of a returning villain we still don't know much about the movie. Thankfully, a new rumour from JoBlo has given us more of an inkling of what Michael Bay has planned for the fifth instalment of the incredibly successful franchise.

The report states that Transformers 5 will see Optimus Prime return to his home planet of Cybertron, which has long been a dead wasteland. The Autobot leader comes to believe the he is responsible for this, but he learns that he can restore the planet with an ancient artifact that happens to reside on Earth.

Where things get really weird is that the artifact in question ties into Merlin - the magician of King Arthur lore - who was apparently given his powers by a Transformer long ago. The site logically concludes that the artifact in question might be Excalibur, along with noting that the film will also include the return of the Dinobots while giving Bumblebee more of a leadership role.

Given that each of the four previous Transformers movies have been about searching for some sort of Cybertronian macguffin, we probably shouldn't have expected Transformers 5 to deviate from the formula. Still, the Merlin twist - which marks yet another instance of the Transformers apparently influencing humans throughout history - is a little different, if crazy. With any luck, it'll make for a good story, although something tells me that a compelling narrative won't matter all that much come June 2017.