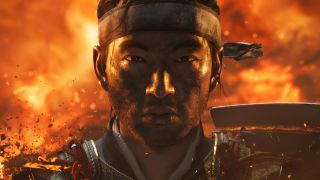 If the latest leaks are to be believed, its been a blowout morning for PlayStation fans. Not only have details of the next State of Play supposedly found their way onto the internet (via NeoGaf and 4Chan), but a leaked marketing email from Sony apparently refers to a "PlayStation Meeting 2020" that's set to finally reveal the PS5 in all its glory.

This meeting, according to the rumour (which, needless to say, needs to be taken with several barrels of chemical salt), will take place on February 12 next year, and is designed to showcase "the future of Sony PlayStation to the whole world", and the company is apparently already preparing invites for publishers like Activision, Ubisoft, and EA to showcase their next-gen titles on the upcoming console.

While we've already had the PS5 confirmed by Sony earlier this year, the PlayStation Meeting will likely reveal much more about the granular details of what to expect from the hardware, which will compete against Microsoft's Xbox Project Scarlett when both are anticipated to release in Holiday 2020.

That means we could be hearing more about the PS5 price, PS5 specs, and the accompanying virtual reality headset, the PSVR 2, which the leak also states is in the works and ready to reveal before the 2021 fiscal year. Finally, Ghost of Tsushima is also scheduled to make an appearance as a PS5 exclusive which, alongside The Last of Us 2, is part of Sony's flagship portfolio for 2020.

This could, of course, all turn out to be baseless hearsay, but it's exciting to consider what Sony have planned nonetheless, especially as the company skipped E3 2019 earlier this year, and has remained fairly silent since. Here's hoping it has something big to announce before 2019 comes to a close.

For more, check out 11 tech demos to make you excited for next-gen, or watch our Release Radar below for a guide to everything else out this week.