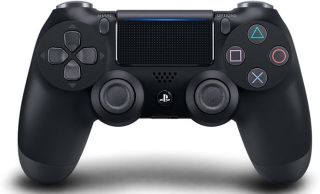 Microsoft's Project xCloud game streaming service will add support for Sony's DualShock 4 controller in early 2020, the company announced at X019 today. This will come as part of a broader update for Bluetooth controllers including Razer game pads, but the DualShock callout feels deliberate.

This won't be the first time people get to play Xbox games with a PlayStation controller. Thanks to Xbox Game Pass PC, you can already use a DualShock 4 to play Xbox exclusives on PCs running Windows 10, to say nothing of the jerry-rigged setups which allow PS4 controllers to work on Xbox One consoles (and vice-versa). But given Microsoft's push for cross-platform cooperation and its focus on streaming games in the next console generation, adding official DualShock 4 support for Project xCloud carries a bit more weight.

Earlier this year, Sony and Microsoft announced a cloud-focused partnership which would see the two "explore the use of current Microsoft Azure datacenter-based locations for Sony's game and content-streaming services." At the time, Xbox boss Phil Spencer expressed his excitement to be working with Sony in order to "pursue our mutual gaming ambitions and delight players around the world." Today's news strikes me as a subtle but significant tip of the hat in the direction of this partnership. To quote Hearthstone's Grim Patron, Microsoft's approach seems to be: "Everyone, get in here!"

Sony and Microsoft are still staunch competitors, especially with PS5 and Xbox Project Scarlett revving up for a holiday 2020 release war, but they've definitely become closer in recent years. Circumstances demanded they, along with Nintendo, team up to oppose the console tariffs imposed by the Trump administration, not to mention their joint support for the eco-friendly console guidelines sanctioned by the United Nations. Microsoft has been especially forthcoming when it comes to cross-platform partnerships, from its continuous support for cross-play - an area where Sony has rather notoriously dragged its feet - to sharing exclusives like Cuphead and Ori and the Blind Forest with Nintendo Switch.

As we get deeper into November, here are all the Black Friday game deals to watch out for.