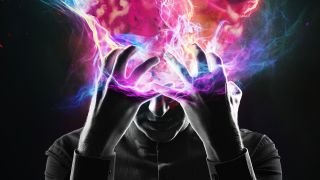 The first season of Legion gave us a brilliantly eclectic and unpredictable take on Prof X junior, David, and his multiple personality fuelled powers. We had some season 2 things teased in a post-credit sequence but, while a lot of plot threads were tied up nicely at the time there are a lot of questions the second season needs to answer. Here are some of the biggest things I want to know.

1. Just how powerful is David exactly now that he’s free?

We know David is a very powerful mutant but just how powerful is yet to made clear in the show. The mutant-hunting Division 3 and his own friends are afraid of him: in Chapter 3 when he, without realising, teleports himself and two other people 600 feet through a couple of walls it causes Ptonomy to exclaim in obvious fear, “What are you?”

Teleporting aside, we’ve seen David psychically pile up 30 odd soldiers and create his own reality for himself and Syd to escape into, while under the Shadow King’s control he’s also disintegrated a whole bunch of people. Then there’s the final episode moment when the Shadow King compresses The Eye like a crushed coke can - a line from Cary suggests that was using David’s power.

2. Are we ever going to see David’s multiple personalities?

In the comics David’s powers are drawn from numerous multiple personalities, each with their own specific ability. That’s why he’s called Legion: he is many. We’ve seen scenes of David surrounded by crowds of yammering people repeatedly throughout season 1, which would appear to be these entities. But will they ever take a more starring role as characters in their own right?

3. Will we ever know what parts of David’s past were real?

Legion made it pretty clear early on that the memories we were repeatedly seeing and visiting might not be real. The Shadow King had been rebuilding and repurposing them to both suit his agenda and hide the truth from David. King, for example, David’s beloved childhood dog, never existed, and David’s memories of bedtime stories include a father with a blanked out face. Then there’s the whole Benny and Lenny thing...

4. Seriously, what was going on with the whole Benny/Lenny thing?

Benny, David’s drug taking friend from his junkie days, exists because other people remember him. Lenny, the most recent alter ego of the Shadow King, also exists because when Syd was in David’s body she lost control of his powers and killed Lenny by teleporting her into a wall. Both are real, somehow, even though Lenny seems to occupy all David’s memories where Benny should be. Will we ever find out where the line’s drawn between the two and what happened to Benny?

5. What was that "You don’t have to be afraid anymore" bit all about?

In the final episode David made a big point of repeatedly telling Division 3’s Clark ‘you don’t have to be afraid’. A lot. I mean it goes on a long time, like David’s broken somehow, and even other characters look at him as if they’re not sure what’s going on. Ultimately, it doesn’t go anywhere though. While it looked like David might be trying to pull off some kind of mind trick with Clark, everything moves on without ever mentioning it again. Unless it was setting something up for the future...

6. What are Oliver’s powers exactly?

Melanie Bird’s husband, Oliver, appears notionally to be some sort of psychic, having been lost for 20 years in the astral plane while wandering telepathically. However, during Chapter 8 we see him weaving a ‘shield’ to protect David. That happens in the real world, not David’s mind, suggesting Oliver must have other tricks up his sleeve. He’s also the mutant the Shadow King chose to stay in during his escape, suggesting his abilities are of use to the creature.

7. What does the Shadow King want now?

Legion season 1 was basically all about the Shadow King trying to take over David’s body (and his powers) forever. The final shot shows him/Lenny driving away with Oliver, who says: “Where shall we look first?” The Shadow King/Lenny replies, “somewhere warm”. The big question is; what is he after? Another mutant to replace David? Or something else entirely?

Legion’s post credit scene sees David spirited away by a tiny flying ball - part WTF? moment and part season 2 set up - but who took him? In an interview, creator Noah Hawley seemed to suggest it might be Division 3 behind it. At one point in the episode you hear a Division 3 person talk about getting the Equinox ready. When asked about that, Hawley replies: “If you stuck around for the end scene after the credits, maybe you have a sense of it.” Could he be taken to a separate wing or unit, slightly distanced in some way, given that David appeared to reach a truce with Clark?

9. What exactly are Division 3 trying to achieve?

In the opening episode it seems like Division 3 are assessing David, with killing him only an option. Okay, it’s the only option mentioned, but it suggests that the organisation doesn’t insta-execute mutants. Question is, then, what are they? A regulatory body? Or a militarised group that uses mutants to its own ends? The fact that The Eye was their only apparent operative gifted with powers suggests they don’t have a lot on the payroll though.

10. Are we going to see Professor X or any of the other X-Men?

We’ve already seen a strong hint towards David’s dad, Professor X, in Legion with a glimpse of a very familiar wheelchair. However, whether that character actually makes a more physical appearance remains to be seen. In another interview, Noah Hawley seems really into the idea, to the point of thinking which Professor X he should use. “If we wanted to have Professor X, whether that’s Patrick Stewart or James McAvoy, that's a conversation that needs to take place,” he said, adding. “I certainly need to start thinking about it.” Then there’s all the other X-Men - Xavier and the Shadow King prove we’re in the right universe. It’s just a matter of whether anyone else turns up in season 2.