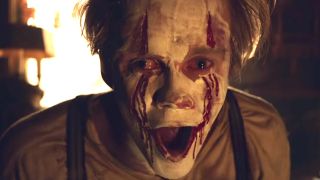 The It Chapter 2 director has confirmed the movie’s runtime – and it not only ranks right up there with the bladder-busting Avengers: Endgame (which was 182 minutes long), but it also makes it one of the longest modern horror movies. Incredibly, there’s an even longer director’s cut on the way, too.

Andy Muschietti told Digital Spy that It Chapter 2 is “Two hours and 45 mins,” and has assured fans that “the pacing is very good. Nobody who’s seen the movie has had any complaint.”

By comparison, the first It from Muschietti was a relatively breezy 135 mins compared to the extra half an hour tacked on to the current It Chapter 2 runtime, which currently stands at 165 minutes.

The 1990 It miniseries, which starred Tim Curry as the eponymous force of nature, did, admittedly, break the three-hour mark, but was set across two feature-length TV episodes.

But the It Chapter 2 runtime could be getting even longer for the home release. Producer Barbara Muschietti has confirmed that a director’s cut is on the way. No word on how much has been added, but she said: “We will put out a director's cut because this time it definitely merits it. We have some amazing scenes that didn't make it into the movie. You have to make choices sometimes and some things cannot be in this theatrical release but are definitely worthy of people seeing them at a later date.”

So, get ready to float on down to cinemas and settle in for the long haul. Pennywise will be terrifying us (and the Losers’ Club) for close to three hours. It isn’t clowning around, that’s for sure.

Need a scare or two before It Chapter 2 rolls around? Check out the best horror movies of all time.