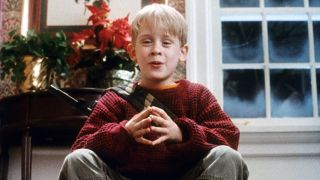 Your childhood is making a comeback, ya filthy animal. Disney is rebooting Home Alone and Night at the Museum for its Disney+ streaming service. However, they’re not the only movies making a comeback: both Diary of a Wimpy Kid and Cheaper by the Dozen are getting the remake treatment.

Disney CEO Bob Iger revealed the news (H/T Deadline) during an investor call. Not much is known about the four projects, other than the fact they will (presumably) not be released in cinemas. Instead, they’ll find their home on Disney+, which launches in November in the US.

As of writing, no cast or release date has been confirmed for the quartet, though don’t expect the idea of the likes of a Home Alone comeback to fizzle out. “We see great long-term value in the broad collection of theatrical IP we acquired from Fox,” Iger revealed.

Iger has also said that these won’t be continuations of the beloved franchises. The likes of Home Alone and Night at the Museum will, instead, be “reimagined” for a “new generation.” We’re now entering reboot territory for some of the movies we grew up watching. That means we’re officially old.

The last Home Alone movie, remarkably, was released back in 2012. Yep. 2012. The fifth instalment, titled ‘The Holiday Heist,’ featured a new family, separate from Kevin and the McCallisters. Maybe the Mayans were right.

Each property in line for a remake previously fell under the Fox umbrella which, of course, has merged into Disney thanks to the corporation’s recent takeover. It’s clear that Disney has big plans for these dormant franchises, and it’s just one more reason to sign up to Disney+ when it takes over the world later this year.