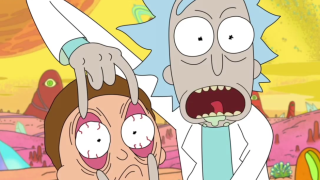 The Hollywood Reporter claims that Harmon was tapped by Marvel after initial production had wrapped, meaning that his contributions will be minor in the grand scheme of things. If I had to guess, it's likely that Harmon was chosen specifically for his ability to weave humor through inter-dimensional planes as he does in Rick & Morty. Still, Harmon's got a very good reputation among the type of crowd that will go see Doctor Strange, so his involvement is a positive.

This isn't the first time Marvel has been tied to Harmon, though. The Russo brothers, who directed Captain America: The Winter Soldier, Captain America: Civil War, and the upcoming Avengers: Infinity War films, were executive producers on the NBC series Community, which Harmon also co-created. Maybe we'll see another star from the show pop up as a cameo? Hey, it happened for Winter Soldier and Civil War.