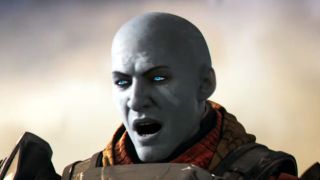 Destiny 2 players on PS4 will once again have access to exclusive stuff before anybody else. The cinematic trailers for the newly revealed game on PlayStation's official YouTube account both end with a familiar bump and a soothing voice assuring viewers that you can "Get exclusive Destiny 2 content on PS4*". So if you’re pondering a Destiny 2 pre-order, think carefully.

What kind of rewards can you expect for picking up Destiny 2 on PS4? Neither Bungie nor Sony are saying so far, but the last game set aside certain Exotic weapons (those are the extra cool ones) armor sets, Strikes, Crucible maps, and other perks for PlayStation players. At least Xbox One players won't be the only ones left out in the cold this time around - they'll have all the PC players to keep them company.