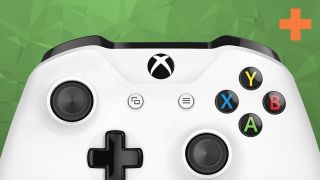 Things are hotting up in terms of this year's big releases, so now's a good time to be looking out for any cheap Xbox game deals you can get your hands on. Well, in a manner of speaking anyway - our dedicated team of bargain-hunters have gone hunting for discounts on all the latest titles so you don't have to. That includes reductions on everything from Gears 5 to Rage 2, not to mention newer titles such as Borderlands 3. Make sure you drop back in every now and then, too. As we inch closer to the Christmas and New Year sales, those prices will continue to tumble.

Xbox Project Scarlett price
The next generation version of Xbox is due to land in late 2020, and we've got a good idea of what it'll cost. Find out more in our deep-dive guide.

While we're on the subject of cheap Xbox game deals, don't forget to check out Xbox Game Pass as well. This is a Netflix-style subscription service that gives you over 100 games for free a month, including all Xbox One exclusives and the upcoming The Outer Worlds on day of release (that's the least expensive way of getting the brand-new RPG, by the way).

To get you maximum value for money, we've not limited this guide to cheap Xbox game deals either (radical, we know). As such, it features offers on must-have Xbox One accessories like the best Xbox One headsets and Xbox One external hard drives. We've even thrown in a few Xbox Live deals to get you online multiplayer for less. After all, what's the use in picking up online-only games if you can't play them?

The Outer Worlds | £49.99 on Amazon (free with Game Pass)
This RPG takes a humorous approach to adventuring in the far future. You can get it for free if you're an Xbox Game Pass subscriber. Find out more on how to pre-order The Outer Worlds.View Deal

Gears 5 | £34.91 on Amazon (free with Game Pass)
The latest instalment of the Gears of War franchise puts you in the shoes of Kait as she goes on a journey to uncover her murky past. What's her connection to the Locust Queen?View Deal

Borderlands 3 | £49.99 on Amazon
The third entry in this outrageous, tongue-in-cheek series takes us back to the world of Vault Hunters and more loot than we know what to do with. Happily, it's also a blast to play.View Deal

The Division 2 | £15.97 on Amazon
The Division 2 is a good example of how to do a looter shooter right. It has loads of fun activities to keep it interesting, the word is rich and beautiful, and the gunplay is excellent.View Deal

Wolfenstein: Youngblood (Deluxe Edition) | £17.99 on Amazon
Things are bad in the world of Wolfenstein; the Nazis won and giant killer robots stomp around the streets of Paris. Luckily, this game's a whole lot of fun for us. The 1980's setting is also rad as hell.View Deal

Rage 2 | £29.99 on Amazon
Step into a neon world of crazy weapons and excellent gunplay in this apocalyptic shooter. Although we weren't fond of the story in our review, we were fans of Rage 2's fluid, satisfying combat.View Deal

The best Xbox One

Dubbed "the most powerful console in the world" by Microsoft, the Xbox One X improves on their formula by displaying games in 4K Ultra-HD resolution. Considering the fact that 4K is roughly three or four times more detailed than HD, this feature isn't to be sniffed at. What's more, the X is driven by some of the company's most powerful tech; it offers superior visuals thanks to 6 Teraflops of graphical wizardry, and load-times are reduced due to 12GB of DDR4 RAM (by contrast, the Xbox One S only uses 8GBs). Although you'll be playing the same cracking games that are available on an S model, they'll look better on the X as a result.

With that in mind - and if you have the option - we'd recommend picking up an Xbox One X over the S wherever possible. Despite being more expensive, it offers better value for money in the long-run.

If you want to get in on the Xbox One magic but don't fancy spending much, the Xbox One S is for you. It can't display games in 4K resolution, but it does use HDR (High Dynamic Range) and will play Blu-Rays in Ultra-HD. It's also a whole lot cheaper than its big brother, the more powerful Xbox One X. Don't worry, though; the S model will still play all Xbox One games. They just won't be as pretty as they might otherwise be on the X.

Tired of discs or short on cash? Microsoft recently launched the All-Digital Xbox One S. It slashes the cost by doing away with physical media altogether, though we'd always advise going for the standard Xbox One S if you have the luxury of choosing.

The best Xbox headset for 2019

Specially designed to work wirelessly on Xbox One, the SteelSeries Arctis X9 offers a rich audio experience that hits well above its weight. Although the X9 'only' has 40mm drivers (which are smaller than those featured in other headsets), these cans still deliver punchy, clear sound that'll leave you impressed.

The trademark SteelSeries headband is equally impressive; this is comfortable enough to wear for hours. At just 1.2 lbs / 372g, it's not going to weigh you down either. Meanwhile, the non-detachable mic comes with good noise-cancelling and is retractable if it's not in use. You can even use a 3.5mm jack for controllers and other tech should you so choose, but we wouldn't advise doing so because you'll lose a number of great features like 3D Spacial Sound. And believe me, you wouldn't want that - this is a special piece of kit. If you';re looking for a great headset that does everything you need it to in gaming and beyond, look no further than the Steelseries Arctis 9X.

As the latest model in Razer's Kraken range, the Kraken Tournament Edition provides a superb blend of excellent sound, great bass tones, and an affordable price. It's also blessed with extendable microphone noise-cancelling to provide clearer voice chat. Meanwhile, the microphone itself is fully retractable so it stays out of your way during solo play. The headset's build-quality (complete with a Bauxite aluminium frame that makes it both lightweight and durable) is every bit as impressive. You get the choice between oval or round ear cushions, too.

In short, the blend of comfort and audio quality mean that this is a fantastic investment for those long gaming sessions.

Our pick for best Xbox One external hard drive would be the Western Digital 4TB My Passport series. While we used to recommend a 2TB drive (which is still more than large enough for most people), the 4TB version is the best way to future proof yourself when it comes to the increased size of 4K games. Indeed, the 4TB model will store up to 40 Xbox One X games (or more) and up to 100 or so regular Xbox One games. Basically, it's a monster.

We could talk about how this USB 3.0 (and USB 2.0) compatible hard drive offers 256-AES encryption, cloud storage, and WD's own backup software, but all you really need to know is that it hits the sweet spot of size, speed, and affordability. With a three-year limited warranty, there's every reason to buy with utmost confidence.

Looking to store in-game video capture and maybe the odd Xbox One or Xbox One X game? The Canvio Basics is for you. It's cheap, features a speedy USB 3.0 connection, and effectively doubles your Xbox One's memory. As long as you're not expecting to store a huge amount, it will boost your capacity at a great price. It's worth remembering that you still have your internal hard drive as well, so adding a 1TB external hard drive to a 500GB Xbox One S gives you an overall capacity of 1.5GB.

After something smaller? We've listed the 1TB option here, but a 500GB option is also available.