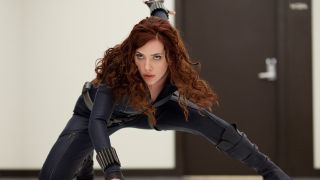 Following a recent Fandango fan poll which saw Black Widow emerge as fans' top choice for the next Marvel standalone movie, the two directors behind Captain America: Civil War have now weighed in on the matter. "It’s a no-brainer, right?" Anthony Russo tells Collider, winning the award for understatement of the year.

Talk of a Black Widow film is nothing new, however, with early chatter firing up way back in 2010. Despite the fact that the proposed film hasn't entered development, that's not stopped fans championing a spin-off for the ass-kicking Avenger in the years since. Even though Marvel head Kevin Feige has maintained a somewhat evasive stance when asked about it, Scarlett Johansson seems to think there's a strong chance it'll happen. Someday.

Likewise, Joe Russo is keeping that note of optimism alive, suggesting that it all boils down to scheduling. "I don’t think [it’ll take] much," he adds "I think it’s just a function of where on the slate it goes. She’s a bad-ass." Shall we keep our eyes peeled for a Black Widow movie, then? The Russos also say that they wouldn't rule out a crossover with Marvel and DC and they'd quite like to include Wolverine in an MCU movie, so let's not get ahead of ourselves. Still... it's nice to imagine.

In the meantime you can catch Black Widow's latest bout of bad-assery this week in Captain America: Civil War. It's rather good, you know.

Directed by Joe Russo and Anthony Russo, and starring Chris Evans, Robert Downey, Jr., Scarlett Johansson, Chadwick Boseman, Tom Holland, Anthony Mackie, and Sebastian Stan, Captain America: Civil War is out in UK cinemas now and opens on May 6, 2016 in the US.