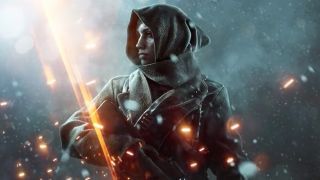 EA announced at E3 2017 that Battlefield 1 will be heading to the eastern front of WW1 this September with its upcoming expansion, In The Name of The Tsar. If you're a history buff, you may know what this means: the infamous Women's Battalion of Death from Russia.

If you're not familiar, the battalion was a small corps formed from 2,000 female volunteers. They went on the offensive against the German forces and ended up gaining a great deal of ground, though... well, I don't want to spoil the ending. Players will be taking control of this historic platoon as they fight on all new landscapes and... well, battlefields.

Unlike previous expansion They Shall Not Pass, In The Name of The Tsar does not add any new modes. However, the DLC will add 6 new maps, plus all the expected new gear and weapons for players to blow the hell out of each other with. Sounds like a good time.