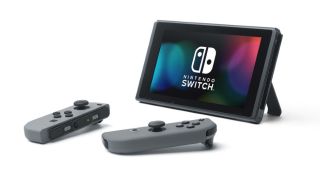 Nintendo gave us our first look at the Switch in October 2016. But it was tonight (or this morning if you're east of the Atlantic) that it was well and truly revealed, with tons of details and news. So what did we learn from Nintendo's livestream event? Read on and find out:

The Nintendo Switch release date is March 3, and it costs $300

Nintendo got arguably the most-anticipated news out of the way right at the start of its event by announcing a March 3, 2017 release date and $299.99 price tag. Sorry UK and other readers living in Europe, but Nintendo didn't seem to have a flat price to announce, instead directing fans to check with their local retailers.

There will be an Xbox Live / PSN-style online service, and it'll cost you

Call this one both a blessing and a curse; Nintendo appears to be finally getting with the times and embracing internet functionality, with plans for party chat and online multiplayer. The downside is it'll only be free until fall 2017, after which it will cost an as-of-yet unannounced amount of money to stay connected.

While that's all Nintendo had to say on-stage during its presentation, Wired's Chris Kohler tweeted that those who subscribe will get a free NES or SNES game each month, Games With Gold/PS Plus-style, and SNES games will have online multiplayer:

Whoa, ok: Subscribers to Switch online will get a monthly free download of an NES or SNES game, and the SNES games will have online play :OJanuary 13, 2017

This won't mean much to the average Switch owner, but fans of foreign games, you're in luck: the Switch will not be region locked. No extra fiddling or modding needed to get your imported game working this time around.

There are three main modes in which you can use Switch

The Switch is both a home console and a handheld device. On the TV, you and whoever's in the room can check out the action. On the go, the Switch's screen is meant just for you. But there's a third option, called Tabletop Mode, that turns your Switch into a screen meant to be shared.

It's got a capacitive touchscreen

Nintendo's DS and 3DS previously used a resistive touch screen which really needed a stylus or a strong finger to use. The Switch's capacitive screen is more like your phone - much more sensitive and able to register multiple fingers so expect to see plenty of mobile-style games.

The battery life is 2.5 to 6.5 hours, depending on the game you're playing

When you've got your Switch in portable mode, its battery will last between 2.5 to 6.5 hours. More graphically-intense games will eat up more power and thus kill your Switch's battery quicker, but overall this is similar to a 3DS' lifespan. The nice thing is, since the Switch features a USB-C connection, you don't have to rely on your charging dock at home if you need to juice up. And yes, you can play while charging.

You can network up to 8 Switch consoles together

So you've got a Switch, and your buddy has a Switch. And their buddy also has a Switch. And so on and so on. Don't worry, you won't all have to crowd around one screen - when you've got the Switch in portable mode, it can network with up to seven other Switch consoles for big multiplayer gaming. It's not clear which (if any) games will take advantage of this, but at we know least it's possible.

The Nintendo Switch is also going social. Much like on the PS4 and Xbox One, you'll be able to capture your best gaming moments and share them with the world. The console will only support screenshots at launch, but updates down the line will add video recording.

The controllers can be colorful

Not a fan of the slate gray coloring Nintendo's got going on the default model Switch and Joy-Con controllers? Good news: neon red and neon blue Joy-Con controllers will also be available so you can pretty up your new system. These were the only colors announced so far, but we imagine more are on the way.

It's got games, and they look pretty fun

Nintendo wasn't shy about showing off new software, and it looks like a promising slate of both first-party and third-party titles will be coming just around the corner and onward. Here's the games with release windows:

1, 2, Switch (March 3) - a game meant to imitate duels of the Old West, played using the Joy-Con controllers as your gun.

The Legend of Zelda: Breath of the Wild (March 3) - Zelda goes open-world and gets a stunning new visual style in the next adventure starring Link (who is not, but looks like, a girl).

Super Mario Odyssey (Winter 2017) - Mario: Real World edition. No but seriously, Mario comes to the real world (as well as the usual, more fantastic assortment of worlds) in this new 3D adventure.

And here's the games that were teased, but not given a timeframe for release:

New Shin Megami Tensei - summon and enslave demons. Who said everything on Nintendo was kid-friendly?

New Square-Enix RPG - hopefully this one won't take as long.

Skyrim - seriously? It's Skyrim. You know what it's about.

Untitled Suda51 Project - Travis Touchdown is back in a game heavily inspired by professional wrestling. But is it a proper No More Heroes sequel? We're not sure just yet.

There were even a few games shown at lightning fast, blink-and-you'll-miss-it speed in a sizzle reel. We didn't catch all of them, but here's what we did spy:

What's in the box(es)

Two models of Switch will be sold at launch. They're functionally the same, but one has the neon red and neon blue Joy-Con controllers. Regardless of which you pick up, a retail box will contain:

The Switch console itself, an AC adapter, an HDMI cable, two Joy-Con controllers, the Nintendo Switch dock, two Joy-Con wrist straps (which come with small attachments to add L and R buttons to the Joy-Cons), and the Joy-Con Grip (the handle-like device you slide the Joy-Cons into to form one full-size controller, like some kind of Nintendo-ified Voltron).

And that wraps it all up!