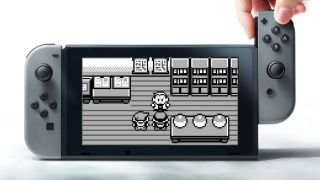 As part of its game showcase during E3 2017, Nintendo announced a project that fans have been clamoring about for decades: a core Pokemon game coming to a home console.

Yup, Pokemon for Nintendo Switch is definitely A Thing That Is Happening. There are no details or screens to go on, but the game was described as a "core Pokemon RPG" developed by Game Freak, so this won't be a spin-off like Pokemon Snap or Pokemon Colosseum. I suppose it could be like the Pokemon Dungeon series, but hopefully we'll get something a bit more substantive than that. Dream and speculate as you will, fans.

Read more: Pokemon Let's Go review: "A wonderful blend of old and new, and an exciting glimpse at the future of Pokemon"