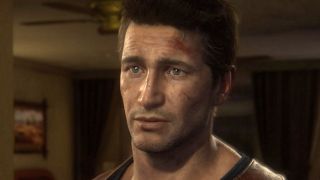 Sony Pictures has confirmed it's once again delaying the release of the live-action Uncharted film. This time the release has slipped to March 5, 2021, a further three-month delay for a movie that's been in development, off and on, since 2008.

As Deadline reports (thanks, VG24/7), the production was struggling to keep its December 18, 2020 window after recently losing its most recent director.

As Jordan reported at the time, Sony's Uncharted movie has been in the works since 2008. However, director Travis Knight – the sixth attached to the project in 12 years – was forced to pull out due to a conflict with leading man Tom Holland's schedule on Spider-Man. Venom and Zombieland director, Ruben Fleischer, had been tipped to replace him in the now-vacant director's chair.

Other Uncharted directors that have come and go include Stranger Things' Shawn Levy and 10 Cloverfield Lane's Dan Trachtenberg, with Knight taking over directorial duties from Trachtenberg in September.

It still isn't confirmed who will helm the project next, but the new director will be the seventh to take on the movie and steer the new story that will seemingly not be a direct adaptation of the game series. It's probably best not to get too attached to any cast, crew, or story ideas we see floating around about for now, but at the time of writing, the Uncharted movie will centre around a young Drake (Tom Holland) and Sully (Mark Wahlberg) in a timeline set before the events of the first Uncharted game.

At this point, it's safe to take any developments in the plot and casting of Uncharted with a grain of salt, considering the times it's been rewritten and fallen through different hands. That said, we reckon Holland and Wahlberg as the starring duo seems like a winning formula to use, so hopefully the next director will be the one to take the seemingly cursed project through the finish line.

While we aren't likely to see Uncharted release in 2020, here are the most exciting movies coming next year and beyond.

Vikki Blake
Part of GR+'s news crew, Vikki is a (jumpy) survival horror survivalist with a penchant for sci-fi, shooters, thrillers, and a strong cup of Yorkshire tea. A committed Guardian and Spartan, she's terrible at FPSs, but loves 'em all the same.