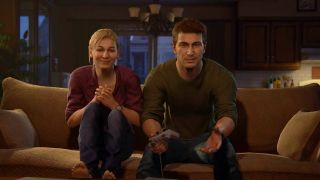 Uncharted has lost yet another director. The long-troubled project has been dropping directors like Nate Drake runs down scores of baddies, and Bumblebee director Travis Knight is the latest to leave the scene.

Knight is leaving the Uncharted movie due to leading man Tom Holland's conflicting filming schedule on Spider-Man. The third Spider-Man film to star Holland is slated to begin production in the summer of 2020.

According to sources at Deadline, Holland is still set to portray series protagonist Nathan Drake under a different director. Likewise, the project is not expected to meet its previously reported December 2020 release date.

It isn't clear who will helm the project next, but the new director will be the seventh to take on the task. The most recent Uncharted directors to come and go include Stranger Things' Shawn Levy and 10 Cloverfield Lane's Dan Trachtenberg, with Knight taking over directorial duties from Trachtenberg in September.

Sony's Uncharted movie has been in the works since 2008, long enough for Mark Wahlberg to change roles from Nathan Drake to the considerably older Victor Sullivan. As it stands, Wahlberg is set to star alongside Tom Holland in a story taking place some time before the events of the first game, Uncharted: Drake's Fortune.

At this point, it's safe to take any developments in the plot and casting of Uncharted with a grain of salt, considering the times it's been rewritten and fallen through different hands. Though, Holland and Wahlberg as the starring duo seems like a winning formula, so hopefully the next director will be the one to take the seemingly cursed project through the finish line.

While we aren't likely to see Uncharted release in 2020, here are the most exciting movies coming next year and beyond.