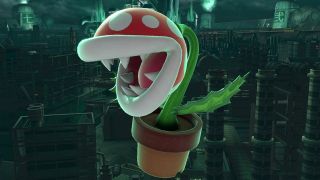 Unlocking Piranha plant in Smash Ultimate is incredibly simple and only takes a few minutes. Piranha Plant is the game’s debut DLC character and marks the first time the devilish flower has been playable in Sakurai’s beloved brawler. Currently, there are a total of 74 classic fighters that can be unlocked freely, but Nintendo has confirmed that this number will grow even further when an additional five fighters will be added as DLC. However, fans need to wait till February 2020 if they wish to redeem Persona 5’s Joker and the remaining five fighters. There’s certainly a lot of excitement surrounding the upcoming Fighter Pass, but you’ll need to unlock Piranha Plant if you want to complete the entire roster. Make sure you check out our handy guide below to find out how you can add Piranha Plant to Super- Smash Bros Ultimate.

How to get Piranha plant in Smash

Smash Ultimate players who bought the digital version of the game didn’t have to register the game at all – instead, points were claimed automatically and the Piranha Plant code was emailed to the address registered with the Nintendo Account. These codes could then be redeemed by heading over to the Nintendo eShop.

How to unlock and redeem Piranha plant in Smash

If you have only just purchased your copy of Super Smash Bros. Ultimate and missed out on the Piranha Plant code, then you can purchase the pesky plant for £4.49 over on the Nintendo eShop. Piranha Plant won’t be part of the Fighters Pass, so if you wish to play as the furious flower, you’ll need to purchase this fighter separately.