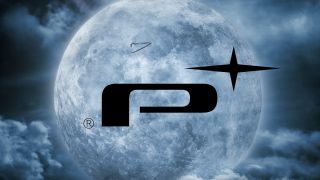 Atsushi Inaba just can't with the next generation of consoles.

In an interview with Video Game Chronicles at E3, the cofounder of Platinum Games (the devs behind titles like the Bayonetta franchise and Nier: Automata) said that the hardware in the PS5 and Project Scarlett was too by-the-numbers to excite him.

“It’s OK. But it’s more of the same, quite frankly, compared to previous generations. It’s nothing that’s disruptive or super innovative, if you ask me.”

Of course, while we've seen some initial information about AMD's next generation of CPUs and discrete GPUs, the third gen Ryzen and 5000 series respectively, actual data on the custom chips in the PS5 and Project Scarlett is still thin on the ground. Inaba making a bit of a leap, assuming they'll be little different than existing hardware. Zen 2, the name for the latest line of AMD CPUs, is still so brand new that we know next to nothing about it, as is the Navi/5000 series of GPUs; on top of which, both of those are whole product stacks of chips, and we have no real indications yet where in the hierarchy the parts inside the next gen consoles will fall.

Inaba goes on to say that he preferred the days when console hardware was based on custom chips that you couldn't get on PC, rather than slightly modified versions of existing components. If that's the case, he must've been very bored for the last several generations, as the PS4, Xbox One, PS3, and Xbox 360 GPUs were all custom versions of existing architectures developed in partnership with AMD or Nvidia. A wonder he's found the fortitude to remain in the industry for so long.

On the upside, he is moved by the potential of cloud and streaming platforms.

"Things like cloud platforms represent innovation and something very, very different – they’re platforms that excite me and where I feel there is a lot more innovation happening.” With much of the news from E3 this year around Google Stadia, Project xCloud, and Bethesda's Orion, there are certainly plenty of opportunities to be excited about the power of cloud computing.

On what is probably a totally unrelated note, Inaba-san's latest game, Bayonetta 3, is due on Switch later this year; a console which, while not a boring next-gen machine, still runs on a custom version of the Nvidia Tegra chip, which powers a number of other portable devices.

Check out more of the biggest new games of 2019 and beyond.