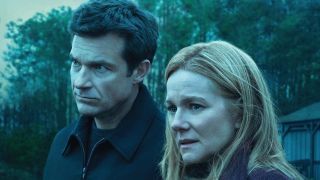 The Ozark season 3 release date has been revealed by Netflix. The crime drama, starring Jason Bateman and Laura Linney, even comes with a deliciously cryptic casino-themed teaser ahead of its arrival in March.

Mark your calendars: the Ozark season 3 release date is March 27. It's been a while since we've seen Marty and Wendy try to stay afloat (nearly two years, in fact), so news of Ozark's return is most definitely welcome.

The second season ended with the Byrdes plotting to launch a new casino to help launder some of their ill-gotten gains. The season 3 teaser promises this cat-and-mouse game of luck will continue to be the focal point for the couple. Watch it now.

Want more insight into what's to come? Here's the official synopsis for Ozark season 3, courtesy of Netflix: "It’s six months later, the casino is up and running, but Marty and Wendy are fighting for control of the family’s destiny. Marty preaches keeping the status quo. Aided by an alliance with Helen and drug cartel leader Omar Navarro, Wendy plots for expansion. But when Wendy’s brother Ben comes into town, everyone’s lives are thrown into chaos."

There's even a brief look at Ozark season 3 thanks to the release of a still from the upcoming batch of episodes. Unfortunately, it's not good news for Marty as he appears to be stuck between a rock and a hard place. That rock is also surrounded by a locked door and the hard place is at least 20-foot in the air. Poor guy can't catch a break.

Add more to your watchlist with our look at the best shows on Netflix.