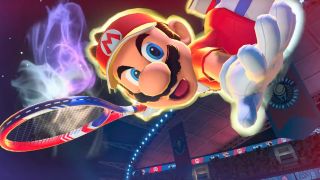 As Nintendo UK explained on Twitter, Mario Tennis Aces will be free for Switch Online members from August 7 through August 13, but unlike the Xbox Games With Gold and PlayStation Plus free games, you won't get to keep it forever - or at least as long as you're subscribed. Instead, the full game will be discounted by 33% from August 7 through August 20, meaning you can buy it if you like it. Nintendo pretty much never lowers the prices on its games, so Mario Tennis Aces still goes for $60 digitally, meaning it'll be $40 during the discount period.

The Nintendo Switch Online Game Trials program feels like a way for Nintendo to sweeten its subscription's benefits, but a one-week trial every month (and access to a lackluster selection of NES games) really doesn't compare to PlayStation Plus and Xbox Live Gold, which routinely hand out good and often fairly new games. Granted, Switch Online is only $20 a year - less than half the price of other console subscriptions - but it's still disappointingly barebones. Progress from these free trials will carry into the full games if you choose to buy them, but that's pretty much it. Hopefully Nintendo builds on the core idea of these Game Trials - making games available to online subscribers - in the future.

These are the best Switch games you can play right now.