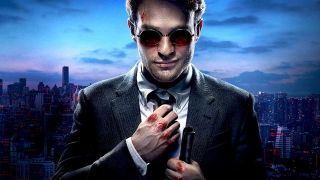 Despite there being several new Marvel TV shows (including Marvel Phase 4 tie-ins) on the way, there’s still a Netflix-shaped hole in our hearts where Daredevil, Jessica Jones, Luke Cage and, yes, even Iron Fist once were. Head of Marvel Television, Jeph Loeb, has finally spoken out about the Netflix Marvel cancellations – and is teasing the as-yet-unannounced projects that will eventually end up replacing them on our watch lists, including some original, non-MCU, Disney+ streaming service additions.

“We were blindsided and the things that were to come weren’t finished yet,” Loeb told Deadline of Netflix’s decision to can everything from The Punisher to Jessica Jones over the past year. “We weren’t ready to announce that, so there was this space in between it, so it did look like maybe we were going to go out. Then suddenly, we were arising again like the Phoenix.”

So, how will Marvel rise from the ashes of the big Netflix goodbye? Simple: more shows. Loeb said that what he calls the ‘street-level’ shows, which included the likes of Daredevil and Luke Cage, will be making a comeback, “Some of those appeared on Netflix, but there are others that live in that category, which are still to come,” Loeb confirmed.

That’s not all. Disney+ will also be home to more Marvel characters, though they won’t be tied to the MCU in the way the Loki TV series, for example, will be. Loeb, as is the Marvel way, is keeping things close to his chest, simply stating, “Marvel Television will be doing shows with Disney+, we just haven’t announced what we’re going to do there.”

With Disney’s big convention, D23, just weeks away, it’s clear that Marvel has finally gotten over the Netflix hump – and is looking to forge its own path both on television and Disney’s own streaming service, potentially filling them with characters both familiar and unfamiliar. Who knows, maybe The Defenders could even show up down the line?

Be sure to check out Release Radar, our look at the week ahead in the world of TV, movies, and games.