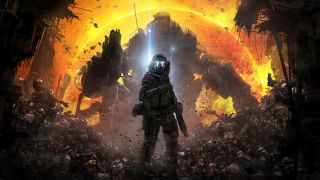 Titanfall has been one of this console generation's most-hyped new franchises. The original, exclusive to Xbox consoles and PC, introduced us to its multiplayer-only world of jetpack-wearing, wallrunning combat. Titanfall 2 expanded on the gameplay and gave us the single-player campaign the first game lacked. But a Titanfall 3 may not be in the cards, according to Respawn founder Vince Zampella.

Speaking to Glixel, Zampella said he didn't know yet if Respawn would make another Titanfall game. "The game is, critically, a huge success. We're really happy with all the reviews and the positive sentiment. Sales, it's too early to tell." Zampella then wavered back and forth between optimism and befuddlement. "We'd definitely like to tell more of the story and the universe. I think it's pretty safe to assume that we'll explore more of it," he said before suggesting EA might be able to give more details.

An EA publicist present for the interview chimed in, "What we've said is we're committed to the franchise."

"So, whatever the fuck that means," Zampella responded. Not super encouraging, as it makes it sound like EA and Respawn aren't communicating with each other particularly well. Unfortunately, this seems to be a recurring issue, as Zampella tweeted in 2013 that EA brokered the original Titanfall's lifetime exclusivity deal to Microsoft without his knowledge.

So could there be a Titanfall 3? Probably. Maybe. We'll see.