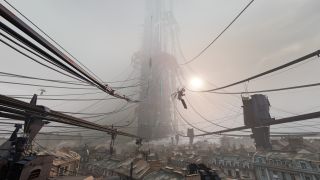 Half-Life: Alyx may be releasing as a PC exclusive in March 2020, but it won't necessarily stay that way forever, as developer Valve has confirmed it remains open to the idea of bringing the game to other platforms in future, specifically PlayStation VR.

Speaking to PushSquare, the upcoming game's designer Greg Coomer reiterated that while the "initial" release of Half-Life: Alyx is "available for SteamVR only", Valve has "not ruled anything out" when it comes to releasing on the PS4's PS VR headset (or indeed that of PS5's) at a later date.

"We believe Sony’s VR platform has been a huge success for the medium, and we assume that lots of Sony customers would love to experience this new chapter of Half-Life", continued Coomer, while admitting that the Half-Life: Alyx development team is still "very focused on the initial release" at the moment, with no concrete plans beyond that just yet.

Still, Coomer's comments will certainly come as good news to those worried about having to invest in a mega-expensive, VR-ready gaming PC in time for Half-Life: Alyx's launch next year, which is destined to be one of the biggest releases of 2020.

We will, of course, let you know if and when we hear anything more about a potential Half-Life: Alyx console port but, for now, it looks like there'll be a bit of a wait at the very least.