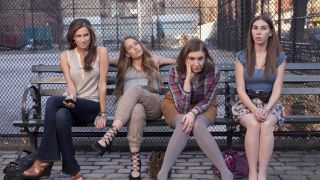 Cast your mind back to near the start of this tumultuous decade. In 2012, we had shows like 30 Rock, It’s Always Sunny in Philadelphia, Mad Men, and – for a brief, beautiful moment – even the criminally underrated Don’t Trust the B---- in Apartment 23. And while these were Peak TV highlights, there were no shows at the time that accurately reflected the lives many of us were actually living. Stories concerning distinctly millennial confusion and financial insecurities, featuring frank discussions on sex, mental health issues, and toxic friendships, were rarities.

Perhaps that’s because many millennials, like myself in 2012, were simply working bar jobs and trying to survive. We didn’t have the time, money, or privilege to tell our own stories. Enter Lena Dunham.

Lena Dunham’s success story is almost hilariously unrelatable. The child of rich artists and an Oberlin graduate, Dunham pitched a TV show following the success of her indie movie Tiny Furniture. Despite the pitch’s flaws – she has since called it “pretentious” and “a tone poem on millennial life” – she sold the show when she was just 23 years old. Some development later, Girls was born.

Starring Dunham as unlikable, childish writer Hannah Horvath, Girls took an honest look at the lives of millennial men and women. Hannah, after getting cut off from her parents, has to learn to live on her own two feet. She’s in a toxic relationship with Adam Driver’s character (aptly named Adam), and in similarly toxic friendships with Jessa (Jemima Kirke), Marnie (Allison Williams) and Shoshanna (Zosia Mamet). From the moment Hannah called herself “a voice of a generation” in the first episode, Dunham’s future was set: she would be successful, but she would also be wildly controversial.

Girls was immediately well received for its candour and humour, but divisive for its unlikable characters. It was often funny and heartwarming. Through Hannah and more genuinely relatable characters like the essentially orphaned (and very messy) Jessa, the series examined the friendships and lives of a very particular subsect of a generation. Girls’ New York was Dunham’s New York, and as her show gained momentum, it also garnered criticism for its very white, very privileged outlook on the city. Writing Donald Glover in as a black Republican in an attempt to right wrongs, Dunham only got herself in deeper trouble. Girls was endlessly frustrating; for every excellent moment – from Driver or Mamet or Kirke or its dazzling cast of cameos – it had two more infuriating ones from Hannah or Marnie. Still, one thing is indisputable: it was the first show of its kind.

The rest of the 2010s have been a veritable feast of millennial stories on-screen. Broad City, in 2014, quickly racked up lazy comparisons to Girls for being about two women who are friends in New York. The list of differences are endless – the more absurd comedy and the actual friendship, for instance – yet its narrative of millennial women just trying to get by was seen as echoing Girls. They both served a purpose, though. Girls proved that millennial women’s stories were both profitable and, more importantly, watchable.

Of course, TV shows centred on women had been made previously. Sex and the City, The L Word, and Desperate Housewives all focus on very different groups of female friends. Girls co-creator, Jenni Konner, has credited Sex and the City as a natural predecessor. But where Girls’ diverged was by telling a story that feels distinctly “millennial”, occasionally to the point of cliché. It examined the early 20s chaos that is all-too-familiar, even if Dunham’s privilege is not.

After Girls, we’ve been lucky to have an increase not only in women’s stories being told on TV, but in uniquely personal perspectives. Dunham’s TV show was created by her, written by her, and starred her as a slightly warped version of herself. That was often her downfall; as Dunham created controversy with misguided comments IRL, people were put off Girls, as it became difficult to separate the two. But Girls was also indisputably revolutionary, reframing both how women could be shot and how they could tell their own stories. Hannah’s entitlement, her immaturity, and her brush with OCD are all uniquely personal and real. Girls showed mental health, sex, and women’s bodies in a way that felt closer to reality than anything before.

Girls, for all its flaws, can claim some credit for the incredible TV shows that defined the 2010s. It helped to create a space for women to tell stories that were intensely personal: Broad City was both written by and starred Abbi Jacobson and Ilana Glazer. Crazy Ex-Girlfriend creator and star Rachel Bloom has credited Dunham’s portrayal of her own body on-screen with influencing how she films hers. Fleabag, adapted from Phoebe Waller-Bridge’s play of the same name, stars herself as a struggling millennial in London. Michaela Cole’s Chewing Gum, too, was adapted from a one-woman play.

These are shows not just starring or created by women, but that feature women playing exaggerated versions of themselves and the people they know. The shows named above are all incredibly diverse, telling vastly different stories. But what they are is unique to their creators: born from plays, scripts, web series, and other projects that they built from the ground up. The stories told within them are fraught with truth and ugly realities: mental illness, masturbation, sex, toxic relationships, close friendships. They tell the stories of arrested development that are all too familiar to millennial women. And TV producers might not have taken a chance on them without the critical success of Girls.

Of course, the thing that made Girls special is the same thing that made it frustrating; that Lena Dunham is intrinsic to the show is what has made it so hard to separate her controversies from its impact. Regardless, Girls was one of the most influential shows of the decade, even (and perhaps especially) when it was at its most infuriating. It proved that people wanted to hear from women, and in its place are diverse voices that TV so desperately needs. This decade has seen a monumental shift in how women’s stories are told, and maybe it’s time to admit that Girls at least helped to give a voice to a generation.